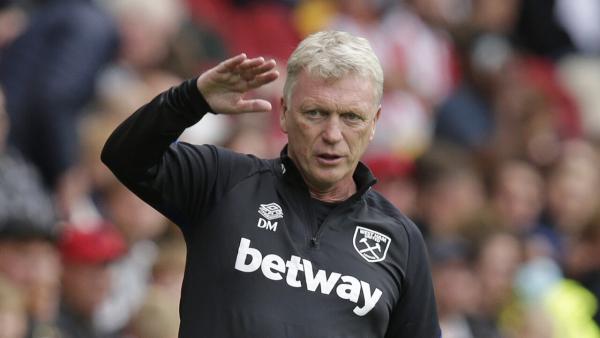 “Six of Burnley’s last eight matches have resulted in under three goals.”

West Ham have enjoyed another excellent season under David Moyes, leading to their first European semi-final in 46 years, but there have been signs in recent months their brilliant run in Europe has taken its toll on their Premier League campaign. The Hammers are still on course to qualify again for Europe, currently sixth in the standings, but their lack of squad depth has held them back during a hectic schedule.

Fatigue was certainly in evidence last weekend as a lacklustre performance resulted in a 2-0 defeat at in-form Brentford. Moyes had no complaints about the outcome in west London. But West Ham stormed to a stunning 3-0 win at Lyon on Thursday night to clinch a Europa League semi-final with Eintracht Frankfurt.

Burnley face a huge challenge to avoid relegation this season and their hopes suffered a major blow last weekend.

Sean Dyche’s side slumped to a 2-0 defeat at bottom side Norwich to leave them four points from safety.

It was a huge setback for Burnley on the same day fourth bottom Everton posted a crucial victory over Manchester United.

Third bottom Burnley will be ruing their inability to back up their win over the Toffees at Turf Moor. Their failure to build any momentum has significantly hurt their chances of staying up with only eight matches remaining. The Clarets will look to seize on any tiredness in the hosts’ camp this weekend in a bid to put the pressure on Everton in the race to beat the drop.

West Ham are just 1.774/5 to claim victory this weekend but that looks short enough based on their recent domestic form. The Irons have only won four of their last 11 league matches and will have to recover quickly from their remarkable victory in France on Thursday night.

Burnley are available at 5.49/2 and the visitors certainly do not look the worst bet on offer. Dyche’s side desperately need the points but they let themselves down at Norwich last week suggesting it is not easy to trust them. Burnley have also won just once away this season which tempers enthusiasm in them.

The draw is backable at 3.9 and has to be considered with 12 of Burnley’s games ending in a stalemate this season. But none of their last six games have resulted in a draw and only wins are likely to be enough at this stage of the campaign in their bid to stay up. There are too many form question marks over both teams and other markets appeal more.

This could be a slow burner and preference is to go low on goals at the London Stadium. Six of Burnley’s last eight matches have resulted in under three goals.

Dyche’s team have struggled for goals all season, managing just 25 in 30 games which is the second lowest in the division.

West Ham have become overly reliant on the form of Jarrod Bowen with the attacker scoring nine league goals this season. With Michail Antonio’s goals drying up in recent months, the importance of Bowen has only magnified. Using Betfair’s Bet Builder, you can back Bowen to score and West Ham to avoid defeat at 2.98.

West Ham have failed to score in five of their last eight Premier League games against Burnley, having found the net in each of their first seven against the Clarets.