Two evenly-matched sides who are close in the table and can’t defend may produce a 1-1 or 2-2 scoreline here so bet accordingly, says Jamie Pacheco.

A fine win in the FA Cup over Brentford was followed by a disappointing 3-1 defeat at Newcastle to leave the Toffees mired at the wrong end of the table. Right now, Everton fans will be pretty thankful for their excellent start to the season.

It means the R-word is unlikely but they can’t be losing too many games. They’re now just two points above 18th placed Norwich.

But there’s good news for Frank Lampard ahead of his second league game in charge.

Dominic Calvert-Lewin, who only played five games under Rafa Benitez, is finally fit.

He was an unused substitute in midweek but could either start or make a substitute appearance here.

It’s a big boost to the side because they look a better team with the big man capable of holding the ball up, flicking on headers, running the channels and of course, scoring goals.

New signings Dele Alli and Donny van de Beek could both start, Anwar El Ghazi may have to wait for his chance.

Leeds will be proud of their work and the part they played in the thrilling 3-3 draw on Wednesday night at Aston Villa.

It was a match that had everything, including six goals, a red card, some tasty tackles and some bad blood between the two teams towards the end of the game.

One of the interesting aspects of the match wasn’t just the two goals that Daniel James scored but where he played.

He operated as a central striker rather than out on the wing and at times resembled a young Michael Owen with his short stature and electric pace.

He’ll definitely get a few more games there till Patrick Bamford comes back.

Leeds are four points above Everton and though results have been better of late, they’re far from home and dry.

Everton are 2.35/4 to win and there are plenty of stats that suggest it’s a price worth swerving.

They’ve also lost their last four home games, with two of those going back to 2021. All stats by Opta.

So, it doesn’t look good for them, although they do admittedly have a strong record against Leeds. They’ve lost just one of their last eight against Leeds in the Premier League.

However, the odd one out was in this fixture last year with Raphinha scoring the 79th minute winner. 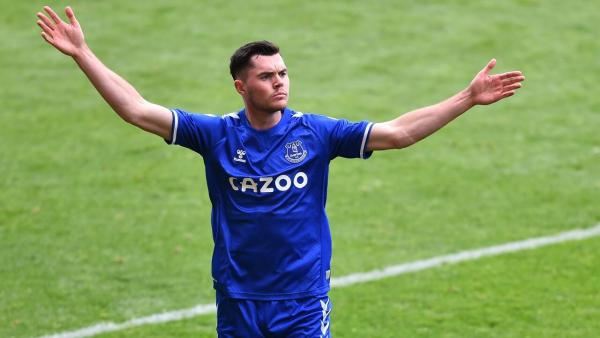 Considering they’re close in the table, that three of the last eight between them have been draw and that both managers would take a point and you can see why I think that’s by far the pick.

But I don’t think it will end 0-0 given neither team defends that well.

If that looks a little too risky for you, then you may prefer the 1.68/13 on both teams to score.

It paid out in 60% of Everton’s home games this season, a huge 72.7% of Leeds’ away games and three of the last four games in the league between these two.

Leeds’ last two away games ended 3-3 (that draw at Villa) and in a 3-2 win at West Ham before that, so you can see the potential for goals at both ends.

Let’s see what’s going on in the world of Bet Builders.

Considering Daniel James is likely to start in attack again, that he’s fresh from scoring two and that Everton have been shipping plenty of goals of late and the 16/5 he scores makes appeal.

And this could be another tasty encounter between two aggressive sides. The last two games between these two had six and five yellows. It’s 7/5 that we get more than 4.5 cards in the match.