With most of the Premier League on pause for the FA Cup quarter-finals, Arsenal and Spurs were the biggest winners in the chase for Champions League qualification, writes Ryan Baldi…

The quarter-finals of the FA Cup meant that action and the very top and bottom of the Premier League table this weekend was paused.

Matters concerning the race for the final Champions League-qualifying place were very much in the mix, however, with three of the four remaining league fixtures involving clubs vying of for fourth place as the 2021-22 season enters its final weeks.

And it was Arsenal who emerged from the weekend with their chances of Champions League football next season most enhanced, cementing their position at the tail of the top four and taking another step toward ending their six-year absence from Europe’s top table.

The Gunners needed just a single goal to overcome Aston Villa at Villa Park on Saturday. It arrived on the half-hour when Bukayo Saka struck a low shot through a crowd of bodies and into the bottom corner of Emiliano Martinez’s net.

It was Saka’s ninth league goal of the campaign, already the best single-season return of his nascent career and enough to make the 20-year-old Arsenal’s joint-top scorer for 2021-22, alongside fellow Hale End academy graduate and close friend Emile Smith Rowe.

Steven Gerrard’s side applied pressure late on in search of an equaliser, and only the width of Bernd Leno’s left-hand post prevented a deflected Philippe Coutinho‘s deflected effort from giving Villa a share of the spoils.

But Arsenal held on and secured three points to help vanquish the memory of a midweek defeat to title-chasing Liverpool last time out.

Mikel Arteta’s men have won six of their last seven Premier League games. They are now three points clear of fifth place with at least one game in hand over most of their top-four challengers.

Arsenal can be backed at 1.528/15 on the Betfair Exchange in the Top 4 Finish market.

Antonio Conte’s side took a fortuitous early lead through a Kurt Zouma own goal, and they doubled their advantage midway through the first period when Son Heung-min scored his 12th league goal of the season.

The Hammers pulled one back before the break when Said Benrahma lashed home a close-range volley, but Son struck again in the game’s closing minutes to ensure there’d be no comeback from the away side.

Spurs’ victory means they leapfrog Manchester United into fifth, three points behind Arsenal but having played a game more than their north-London rivals.

Tottenham are available to back at 3.55/2 on the Exchange in the Top 4 finish market.

David Moyes’ men are 1514/1 on the Exchange to claim the final top-four spot this term.

Just a few short weeks ago, Wolverhampton Wanderers had unexpectedly emerged as outside contenders for a top-four place.

Bruno Lage’s side enjoyed a run of six league wins from eight games between mid-December and late February, creeping up the league while the traditional top-four hopefuls stuttered. 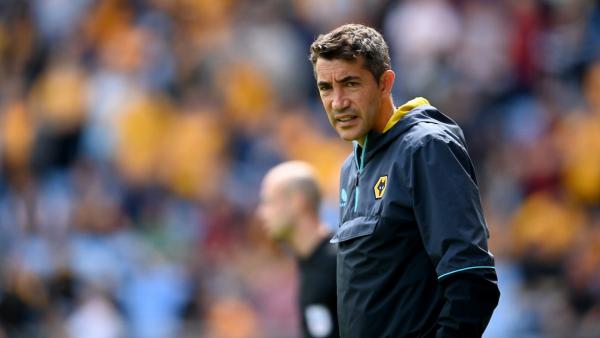 Now, though, Wolves have fallen from Champions League contention thanks to four defeats in six outings.

The most recent of which came in dramatic circumstances on Friday evening at Molineux.

Wolves raced to a 2-0 half-time lead through goals from Jonny and Trincao. Early in the second period, however, star Mexican striker Raul Jimenez was dismissed for a second yellow card when he was adjudged to have fouled Leeds goalkeeper Illan Meslier in a race for a loose ball.

Soon after, Leeds were level.

Leeds smelled blood and continued to pressure their hosts. Wolves held on as 90 minutes ticked past, only to concede early in what was to be an eight-minute period of stoppage time, when full-back Luke Ayling fired the winner from close range.

The loss leaves Wolves eighth in the table, eight points behind Arsenal and having played two games more than the Gunners. They are now out to 23.022/1 on the Exchange for an unlikely top-four finish. Wolves are available at just 6.411/2 in the Top 6 Finish market, though.