There should be plenty of goals in Lisbon and a pair of in-form hitmen are decent prices to grab one each, says Jamie Pacheco.

Huge tie for the Eagles

That Benfica are in the Last 16 stages of the Champions League is the best thing that’s happened to them all season.

They’re way off the pace in the league, leaving it to FC Porto and Sporting Lisbon to fight it out for the right to be champions.

A 2-2 draw at the weekend at Boavista saw them lose more ground.

It’s also a season where they saw the back of Jorge Jesus for a second time. The first time he walked, this time he was pretty much pushed after a dressing room bust-up with veteran playmaker Pizzi forced the Benfica hierarchy to pick a side. They didn’t pick Jesus.

Getting the better of Ajax would make their season, though. It’s been a while since they made the quarter-finals and the extra cash could mean balancing the books that little but better or being able to keep one of their star assets for at least another season.

There’s a lot at stake. At least there are no big injuries or suspensions to speak of.

Haller and Ajax with the season from heaven

It’s been a near-perfect season for Ajax, however.

They’re six clear at the top of the Eredivisie, winning 18, drawing three and losing just two. They’re averaging just over three goals a game for the campaign.

And scoring certainly hasn’t been an issue these last couple of weeks. Across two league games and a Cup match, they won 3-0, 5-0 and 5-0.

Sebastian Haller, having the season from heaven, scored a hat-trick in that last 5-0 and is on 27 goals in all competitions for the season, including international appearances. He also got two in a recent 5-0 win in the Cup.

No wonder Bayern Munich see him as a replacement for Robert Lewandowski.

He also scored in each of the six Champions League Group Games, only the second player ever to do so. They won all six.

If Ajax at 1.9110/11 looks on the short side, it’s worth pointing out a few factors that may go some way to explain that price.

For starters, they’re having very different campaigns on the domestic front. Ajax have been near-flawless, Benfica have dropped out of a race they’re normally very much a part of with more than a third of the season to go.

In Europe, Ajax were 6/6 and scored 20 goals, conceding five. Benfica went through with just eight points and a negative goal difference, benefitting from coming across a Barcelona side who were in disarray at the time.

In Erik Ten Hag Ajax have one of Europe’s most sought-after coaches. Benfica’s manager is there on an interim basis. Nelson Verissimo is in the hot spot till they decide who next to appoint. You get the picture.

Still, Benfica are generally pretty good at home on these big European nights. The 4-0 loss to Bayern was extremely harsh on them given they gave a good account of themselves for the first 70 minutes (it was 0-0 at that stage). A better reflection is how they beat Barcelona 3-0 and PSV 2-1.

There’s plenty of evidence to suggest this match may have a fair few goals.

For Benfica, 63% of their home games this season in the league had over 2.5 goals in them and all of their last five saw the three-goal barrier broken; those five would also have all paid out on the ‘both teams to score’ market. And four of their six Group games in the Champions League went over 2.5 goals as well. 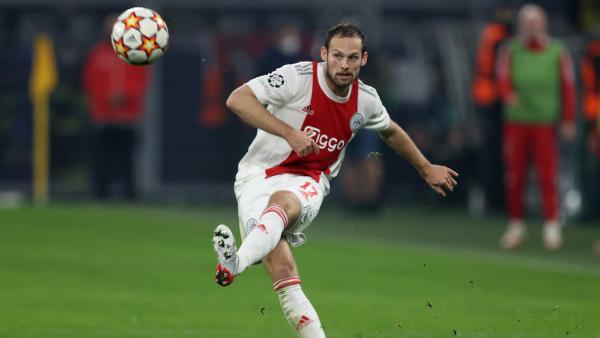 As far as Ajax are concerned, 60% of their league games this season went ‘overs’ and so did five of their six matches in Europe.

So no reason to think that just because it’s the first leg of a Last 16 tie between two sides not used to playing at this stage that things are going to be any different.

All in all , it looks a pretty safe bet but don’t expect miracles in terms of the price: it’s currently 1.738/11 and that might be gone by the time the game kicks off.

But a good alternative to going with goals might be to go with goalscorers.

Haller is clearly in the form of his life. He became the fastest-ever player to 10 Champions League goals when he got them in his first six matches in the competition.

Unsurprisingly, he’s top of the scoring charts with some pretty big names circling him: Robert Lewandowski has nine and Mo Salah eight.

With six in his last three and also on penalty duty, you can see why we like him to score at 13/10 in a game where we expect there to be goals.

And if Ajax have Haller, then Benfica have Darwin Nunez. He follows very much the Benfica blueprint: bought from a South American club, turns out to be a lot better than his price tag would have suggested, scores a load of goals for Benfica across two or three seasons, is sold for a small fortune to a top European club as they cash in on their prize asset.

It has happened many times before and could well happen again this summer.

He’s scored 21 in 27 goals this season, got three in six in Europe including a brace at home to Barcelona and has been in fine form of late, with five in his last five. Like Haller, he takes penalties.

But given Benfica are outsiders in the game, he’s a considerably bigger price at 23/10.

Either scoring will give you a profit, it’s a bigger one if Nunez scores and a very decent payout if they both do.

And that will do us just fine. 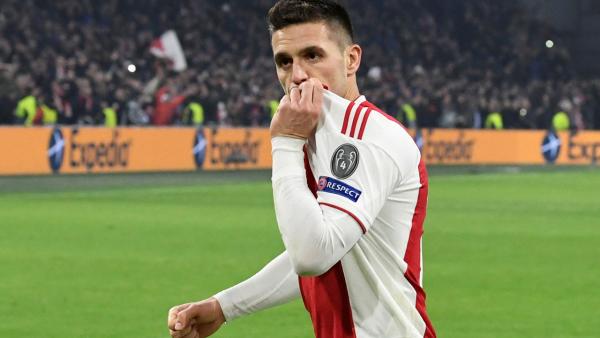 In the world of Bet Builders, the impressive Dusan Tadic is 13/10 to provide an assist and that looks pretty decent.