Alan Dudman previews Monday night’s televised Sky fixture between Portsmouth and Charlton, and he has five bets for a pair of Saturday fixtures…

Another drab affair on the cards at Plough Lane?

AFC Wimbledon have collected a staggering seven draws at Plough Lane this term, and that was my initial thinking for the Saturday bet with the Wombles.

Shrewsbury are strong travellers to the capital though, and have lost just one of their last nine Football League trips to London (W5 D3). That record includes two wins and two draws in their last four visits, three of which have been to AFC Wimbledon (W2 D1), and the three in the draw column is enough to tempt me.

Mark Robinson might be feeling a bit of heat at the moment in south London as his team have failed to win a game since a 0-2 triumph at Accrington in early December – with four stalemates and four losses. Three of those have been 0-0 and 1-1 so I would certainly consider those Correct Score backs and trades in that market at prices of 10.09/1 and 7.06/1.

Robbo cut a frustrated figure last Saturday despite earning a point at Burton, with his young team once again showing some defensive naivety, although it was a fairly dreadful game. That was the case recently too in a very drab 0-0 at home to Portsmouth and they had very few clear cut chances over the 90 minutes.

He might be even more disconsolate heading into the weekend without striker Ollie Palmer. He has joined Wrexham for an astonishing £300,000 – a record for the Welsh club. The deal surpasses the £210,000 paid to Liverpool for Joey Jones in 1978 Who’d have thought it. A Hollywood signing.

Shrewsbury hardly win away from home, and their record on the road is W1 D4 L9. Between them in their respective previous five matches, all of them have hit the Under 2.5 Goals target, so with a 10/10 over those games, I thought the price would be shorter than 1.774/5. Using the 0-0 Correct Score trade from 10.09/1 should present a few chances as the Dons are averaging just 0.35 goals in the first-half in all of their matches.

AFC Wimbledon have only won one of their 14 Football League matches against Shrewsbury (D6 L7), winning 3-1 at home in May 2012, so that’s another stat onside for the outright draw bet.

John Coleman’s Accrington are 2.0421/20 favourites against the 4.1 price for Morecambe, and that’s about right judged on the hosts and their fairly solid home form at the Wham.

They’ve had some tough fixtures of late earning a pair of 1-1s with Sunderland and the MK Dons and they even claimed the 1-0 scalp of league leaders Rotherham on Boxing Day. Stanley were dominated in both games in terms of possession (although that’s hardly a shock), but they defended superbly and had their usual pressing in full flow. Coleman’s team can be quite a physical opponent, and with Colby Bishop back in the side, he’s the outlier in their 4-5-1.

Bishop has ten in 30 appearances and in a tight game, could be looked at with the Sportsbook Betbuilder to Score First and Accrington to win. That pays 7.56.

Peterborough had made a bid for the player reportedly last year and the 25-year-old was certainly unsettled and left out of the team when the speculation swirled around him. But he leads the line well and could be the key man for this fixture.

The hosts are in good shape and gave Ipswich a game last weekend, and went to Portman Road to win the game. Morecambe have won just one of their last eight away league matches, losing six (D1) according to Opta. In their last three such games, the Shrimps have conceded seven goals and not scored. The last time they failed in score in four consecutive away league matches was between November 2019 and January 2020.

KEY OPTA STAT: Since they joined the Football League in the 2006-07 season, Accrington Stanley have won more league games against Morecambe than any other opponent (14 wins).

Draw looks on the cards for Fratton Park Sky clash

A fine choice of match to showcase the division on Sky for Monday night, and an opportunity to see how far Johnnie Jackson has come in a short space of time since taking over from Nigel Adkins.

Jackson, the fans and players’ choice to get the job, had them playing with far greater energy and pressing for their lives whilst interim boss, but they had a slight wobble just before Christmas that carried on towards mid-January with three successive league defeats. They even lost at Crewe.

I went for the draw with the Addicks last weekend against Fleetwood, but a 2-0 Valley success was most welcome. For Jackson, not me. 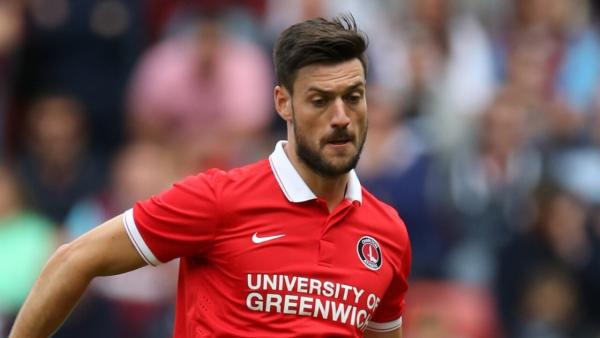 Jackson will be hoping 28-year-old Jayden Stockley will be fit enough to make the squad. Local reports are suggesting he is close, and the top scorer with seven certainly gives them more of a physical presence up front. However, it has presented the chance to 18-year-old Mason Burstow, and he’s taken the opportunity superbly, bagging a goal last weekend in the 2-0 success – taking his tally to five this term.

The Londoners have made three signings recently, including Nile John, a creative midfielder from Tottenham to go alongside Chelsea wing-back Juan Castillo.

It’s a while since I touched on Pompey, and they are without a win in their last four Football League games (D2 L2), while they have also failed to score in three of those games. Denver Hume has arrived from Sunderland, a left-back with experience in this league. While Lee Brown is set to head out the other way, and possibly could be off to Wimbledon.

They should be higher than 10th, and they should be beating teams like Wimbledon and Cambridge (both were 0-0s away from home). They average 1.75 points per game at home to 1.21 away, and Fratton Park as usual will be rocking on Monday.

The hosts have only scored four times in their last seven matches, and manager Danny Cowley has identified Shaun Williams as the man to unlock defences. A glaring problem that needs to be rectified.

Without a win in the league since early December, Portsmouth are a poor price at 2.1411/10. Charlton were 4.10 on Thursday, and that is far too big, especially if Stockley makes the game. The sensible option here could be to play the Double Chance on the Addicks, but the market is expecting a tight game and draw, as the stalemate is priced at 3.259/4 – about a third shorter than normal.

KEY OPTA STAT: Portsmouth have lost eight of their last nine home league matches against Charlton (W1), losing each of the last five in a row.