Marcelo Bielsa has been sacked as Leeds United manager after a run of six Premier League games without a win and, perhaps more importantly, a complete unravelling of the system. Leeds have conceded 20 goals in their last five games.

It had all the hallmarks of a classic Bielsa collapse and chairman Andrea Radrizzani has acted swiftly in an attempt to survive the drop, appointing former RB Leipzig and Red Bull Salzburg manager Jesse Marsch as the new Leeds head coach.

It is a sad indictment of modern football that the financial hit of relegation should take precedence over all else, even for a relationship as important as the one between Leeds and Bielsa. He certainly deserved a chance to end things on his own terms and keep the club in the top tier, and indeed can feel hard done by considering how recently things were in control.

Leeds won back-to-back Premier League matches prior to the six-game winless run that included three games against the ‘Big Six’. Radrizzani has been cold in pulling the trigger.

Nevertheless Marsch is a talented coach and a savvy appointment, despite his six-month spell at Leipzig ending with the German outfit 11th in the league. This merely reflected his difficulty taking over from Julien Nagelsmann – a manager whose patient possession game is too different from his own.

Before that hiccup, Marsch was expected to go to the very top of the game. At Red Bull New York he won the MLS Supportes’ Shield (in other words, his team finished top of the league but did not win the play-offs) before winning consecutive doubles at Salzburg.

Here’s what Marsch needs to do to keep Leeds up:

Change pressing style and ease off

Implementing his tactical identity should be straightforward; this is a smart appointment that allows Leeds to continue with the core Bielsa beliefs but in a more pragmatic style. Marsch, as a Ralf Rangnick protege, believes in hard pressing and using the attacking transitions to move quickly into the final third. He is not a possession-centric coach or one who believes in a deep defensive line.

However, unlike Bielsa, Marsch is adaptable in his methods and will ease off considerably from the old regime. Though the high pressing and sharp counters will continue, Leeds will become far more comfortable sitting back for periods of matches and setting more calculated pressing traps. They will become a team more like Ralph Hasenhuttl‘s Southampton.

Perhaps the most noticeable part of the change will be the end of the man-to-man pressing system so famously deployed by Bielsa. That means no more absurdly-empty central midfield and no more chaotic lines. Instead, Leeds will press the spaces, remaining compact in their overall shape.

This will all require hard work in training to be achieved, but given Bielsa built a very fit and tactically intelligent squad, they should have no trouble learning his methods.

The biggest reason for Bielsa’s downfall was injuries to Patrick Bamford, Kalvin Phillips, and Liam Cooper, the controlling spine of the team. Without them Leeds simply collapsed in the two penalty boxes, failing to convert chances at one end and failing to stop shots at the other.

Two of these men return to action in a fortnight, but it is likely that Leeds will be without Bamford until the end of the campaign. As obvious as it sounds, one of Marsch’s biggest tasks is to find out how to replace their talisman.

Fortunately, the change in system ought to help. Marsch is likely to deploy his 4-2-3-1 or 4-2-2-2 a bit deeper than Bielsa, drawing the opponent on before countering quickly into the spaces left behind. In theory, this greater element of control and defensive caution should create more room on the shoulder of the opposition defensive line.

Consequently Daniel James‘s pace is of greater use as a central striker, especially if paired with the dropping Rodrigo in a 4-2-2-2.

Use tactical shift to lift weight from Raphinha

Leeds attacked almost exclusively down the flanks under Bielsa, shifting the ball as often as possible out to Raphinha – who was expected to do most of the work on his own, squaring up to defenders and providing a spark of creativity. Marsch’s job is to relieve some of the pressure on the Brazilian. 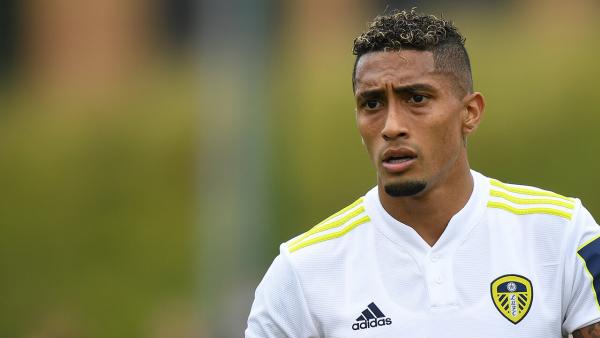 Perhaps the shape change, and the increased pragmatism, will be enough to create greater balance in the side. Leeds will not be looking to play with any more possession under Marsch, but their pressing will be more focused on overall team shape and that should create more predictable passing options in the attacking transition.

Nevertheless Raphinha will, of course, be the key to their survival hopes. He tops the Leeds charts for goals, assists, shots, key passes, dribbles, and crosses.

Wait for Cooper and Phillips to regain control

This one is the easiest. To some degree, Marsch just needs to wait it out until the moment, expected to be March 13, when Cooper and Phillips return to first-team action. There is a compelling theory that the only difference between this season and last is the loss of key players to injury, and they don’t get much more important than these two.

Leeds’ PPDA (passes allowed per defensive action) has actually dropped this season (i.e. it has improved), from 10.3 to 9.7, and prior to their six-game collapse Bielsa’s side looked just as coherent until the opponent got into the penalty area. That is no surprise: last season Cooper was Leeds’ best interceptor (2.4 per game), tackler (2.7 per game), blocker (1.3 per game), and header of the ball (3.8 per game).

He can bring some solidity back, as will Phillips, the metronome at the heart of midfield who kept a lid on the wildness of Bielsa-ball. His brilliant long passing range will be utilised to great effect in transitional moments under Marsch.

The return of Cooper and Phillips, coupled with fresh ideas in training and a much-needed dialling down of the crazier parts of Bielsa, points to Leeds remaining just above the dotted line.