Betfair Ambassador Rivaldo loved the first leg between Manchester City and Real Madrid and can’t wait for the return leg, while he also has some words of encouragement for Villarreal…

We had the pleasure of watching an epic match on Tuesday with Man City beating Real Madrid 4-3 with many players proving why they are some of the best in the world like De Bruyne, Gabriel Jesus, Vini Jr, Benzema and Bernardo Silva.

And if this is just a sample for the 2022 World Cup, then we are about to have a great competition later in the year with many national teams putting up some shows thanks to the high quality of their players.

But this UCL match was truly entertaining and the most interesting aspect is that both teams are still well placed to qualify to the final, so we can expect another thriller next week.

It will be a second leg of a clash between Madrid’s experience and knowledge at this stage of the competition and Man City’s game quality and attacking football under Pep Guardiola.

For that reason, I’m expecting another great match next Tuesday and I can’t wait for the day to have the opportunity to watch it!

A lot of people considered this clash one of the best ever in the Champions League and I agree with that since it was a truly fantastic match.

But when I try to go back in time that epic Tottenham comeback against Ajax comes through my mind in a frantic second half that allowed them to score three goals an qualify to the final.

Lucas Moura made history that day and I really vibrated with his fantastic achievement to the club, so, that was another remarkable night just like the one we’ve seen this week.

If we have a generic look into the match, we can say Man City were stronger in terms of possession, control, goal opportunities and could have won it by a bigger margin, but Real Madrid is a team that can never be discounted.

I played them many times and know what I’m talking about, and they are also a 13-times Champions League winners facing a team that has never won it, so, it’s normal that the Spanish club have that bigger experience that allows them to survive in tough circumstances.

Now, I expect Real Madrid to be confident about qualifying to the fianl at the Bernabeu in front of their fans, so I imagine that Man City will have difficulties despite being favourite to go through.

Things can change quickly in football

A few days ago, there were rumours about a potential move for Gabriel Jesus to Arsenal, but I think that those speculations are now over after his performances this week.

All can change quickly in football and a week, and five goals should be enough to leave all that speculation behind and I believe that now both player and manager are happy with the current situation and eager to try to win important titles at the end of the season.

Villarreal should be congratulated for knocking out Juventus and Bayern

Villarreal had a tough night at Anfield against a powerful Liverpool team on Wednesday night, losing 2-0 and being completely dominated, but I don’t think they will be disappointed for adopting a too defensive strategy.

We can’t compare their resources in terms of budget and players with Liverpool and that was clear during the match with Villarreal simply fighting to stay alive in the tie and bring some hope to Spain. 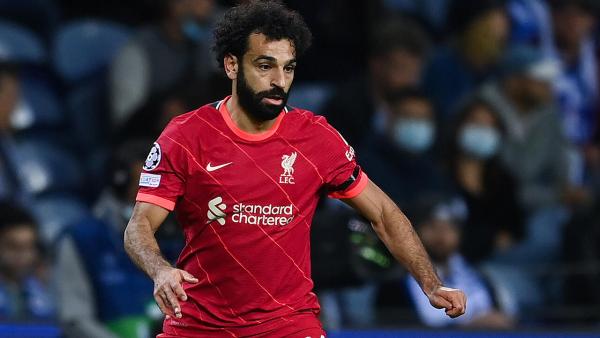 A 0-0 or 1-0 would have been better but a 2-0 still conserves some hope for the Yellow Submarine in the second leg and I’m sure Unai Emery’s troops will play for their lives at home.

They are in a difficult situation to comeback and will need to attack this time which could be tricky a givne Liverpool’s weapons, but if they had have lost by a three or four goals margin it would mean the end of the tie, so they are still alive and will do their best to at least create difficulties to Liverpool.