After finishing with +14pts last campaign, Nathan Joyes lines up five bets from the opening round of fixtures in the 2022 Copa Libertadores.

Despite there being 16 matches this week, I’ll be concentrating and focusing on where I feel certain teams have the advantage in the market. Think of the first week as a watching brief, but don’t be too disappointed, as there’s still plenty of value to be had. We’ll start in Argentina.

Colon’s return to be worth the wait

As stated in my Copa Libertadores Preview, Colon have been absent from the competition since 2010, but don’t let that put you off. They are returning to the competition with promise, performing well in their domestic league (occupying top spot at the time of writing) and home advantage for their first game back is highly advantageous.

They couldn’t have picked better opposition if I’m honest, as Penarol completely struggle in this tournament, especially away from home. In fact, the Uruguayan outfit have lost 15 of their last 20 away matches, winning just one of those.

Colon are currently 23/20 to win, and I’m highly surprised this isn’t at least the other way round. Back the Argentinians to start their long-anticipated campaign with a victory in front of their fans.

Last year, Always Ready returned to the Copa Libertadores for the first time since 1968 and their first game against Brazil’s Internacional could not have looked more difficult on paper. On paper, perhaps, but a significant advantage for the home side was overlooked.

Always Ready play their home matches 3,000m above sea level – and while they are accustomed to the high altitude, their foreign opponents are not.

There’s no way to train for these conditions either. With domestic leagues currently ongoing, Corinthians won’t have the time to settle in Bolivia and adapt to their surroundings before the match takes place.

To make matters even worse for the Brazilians, Always Ready will play with a high press and look to take advantage of their opponents, who will struggle for fitness as the match progressed. Add in a packed, vocal crowd, this is a very intimidating away day for anyone.

With Always Ready priced at 7/5, I fully expect this to shorten before the off or within the opening minutes of the match when it becomes clear Always Ready have a strong advantage. I’ll throw one point at this selection, and I can’t resist 0.5pts at HT/FT at 3/1.

Flamengo to show their class

Sporting Cristal dropping out of this competition and into the Copa Sudamericana is almost as guaranteed as Sevilla dropping into the Europa League. However, unlike Sevilla, The Peruvian’s don’t have the talent, or the finances, to compete and an opening match against last years finalists is far from ideal.

Flamengo head to Peru with no injury concerns, and although Sporting Cristal don’t have a terrible record in this competition, the Brazilians class should be enough to see them through here. Sao Paulo and Racing Club both collected three points here last season to nil, who are both below the standard of Flamengo.

Rightly so, Flamengo are 1/3 favourites, but that isn’t enticing enough to play on its own. Considering their attacking options and the fact Flamengo showed they struggled to keep clean sheets in last year’s edition, an away win and over 2.5 goals at 6/5 is worth a one-point bet.

We’re back in Bolivia on Thursday and this one should be a cracker. Independiente Petrolero debut in the tournament and line up against Emelec, who are no strangers to the competition. The Ecuadorians make their return after a three-year absence and a trip to Bolivia, against debutants, isn’t going to be an easy task.

Petrolero’s inexperience within the competition is reflected within their price, especially after just one season back in the top-flight of Bolivian football. However, Petrolero share a similar success story to Always Ready last campaign, topping the domestic table at the first time of asking and they shouldn’t be underestimated at home, where realistically will be their main chance of getting points on the board.

Impressively, Petrolero have been able to keep their squad together. I say this as there is often a high volume of turnaround between Bolivian teams in the transfer windows, but clearly the current squad want to stay together and test themselves on the biggest stage. That togetherness, alongside a sell out crowd and home advantage (high altitude), shows everything is set up for a debut victory.

With that in mind, I just can’t leave the home side unbacked and with the draw no bet insurance being offered at evens, I’m happy to throw a point at it.

Brazilians to prove too strong 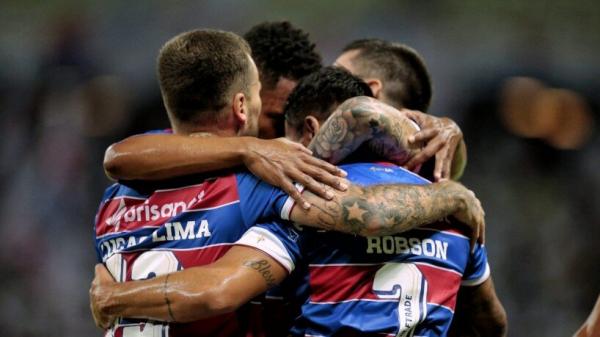 Last but not least are fellow debutants, Fortaleza, who will be hoping to secure their first ever Copa Libertadores points against Colo Colo when they come to town.

The Brazilians have gone from strength to strength heading into this fixture, losing just three times in their last 20 matches, winning 13 of those. In fact, they’re currently on an 11 match unbeaten run at home, winning 11 of those.

Despite performing well in their domestic league, Colo Colo do not travel well in this tournament, losing their last five away matches without scoring. This is definitely a tough test they would not have wanted to endure in the opening week.

Forwards Robson (10 in 34 last campaign) and Romero (10 in 25 for Independiente last campaign) scored in their last match and with a bumper crowd expected, the 12th man will look to play a pivotal role in helping secure the three points.

I’m happy to back the Brazilians at 3/4 with a one-point stake, although I was close to doubling it. The Brazilians look to be a confident selection.

Good luck and enjoy the action.