Wales are the outsiders in the betting but they have home advantage for their World Cup play-off against Austria and that could be key, according to our previewer…

Dave Tindall says: “A check of the FIFA World Rankings shows Wales at 20th, 10 places above Austria in 30th. Head-to-heads? That tips towards Wales too as they’ve won two and drawn one of the last three meetings with Austria, the most recent a 1-0 victory in a World Cup qualifier in September 2017.

“It’s not entirely clear to me why Wales shouldn’t be favourites. Looking at recent home form they held Belgium 1-1 and prior to that thumped Belarus 5-1. Their other home results in Group E were the key 1-0 win over the Czech Republic and a 0-0 with Estonia.

“Widening the lens, Wales are unbeaten in their last 16 home matches in all competitions, winning 11 of those. That’s the best home run in their history. The key has been keeping clean sheets and they’ve shut out the opposition 11 times in those 16 games, conceding just five goals.”

Will Cristiano Ronaldo’s turbulent season hit a new low when Portugal take on Turkey in their World Cup qualifier? The odds indicate the Manchester United star and his teammates will prevail.

Jamie Pacheco says: “There’s not too much wrong with taking that big-looking 5.04/1 on the draw but there might be an even better alternative. You can get 8/1 on Portugal winning in extra time and 13/1 that they need spot-kicks to book their place against (presumably) Italy and be just one match away from the World Cup.

“Portugal are generally very good in extra-time and their penalty shootout record is good, with three wins in five shootouts. That they’re good when games go beyond 90 minutes shouldn’t be surprising.

“Their fitness levels are high so they can find extra energy when it comes to trying to break during extra-time, while they always have technically gifted players who are good at taking penalties. So split your stakes between those two outcomes.”

Kevin Hatchard says: “The Czech Republic did well at EURO 2020, dumping the Netherlands out in the first knockout round, but the absence of Schick is a serious blow. Silhavy’s side has a poor away record against talented opposition, and Sweden are very strong at home.

“Even without Zlatan, Sweden should find a way to win inside 90 minutes, and home victories over Spain, France and Croatia in the last five years show that this is largely a group of players that can rise to the occasion. Even though many of the squad didn’t play in all of those wins, that kind of achievement can build confidence in general.

“I’ll back the hosts in the Match Odds market. If you want to be a little more conservative, use the Sportsbook’s Bet Builder to back Sweden/Draw Double Chance and Under 2.5 Goals at 1.758/11. With notable attacking players missing or out of form on both sides, this could be a tight game, so this bet gives you the 0-0, 1-0, 2-0 and 1-1 score-lines.”

Andy Schooler says: “I considered backing the visitors getting a two-goal start on the handicap at 1.8910/11 – profit made if they only lose by one. However, there’s an obvious risk about them conceding again late on if they are trailing by a single goal given that this is a one-legged tie which has the potential to open up if one side is chasing the game. In-play traders take note. 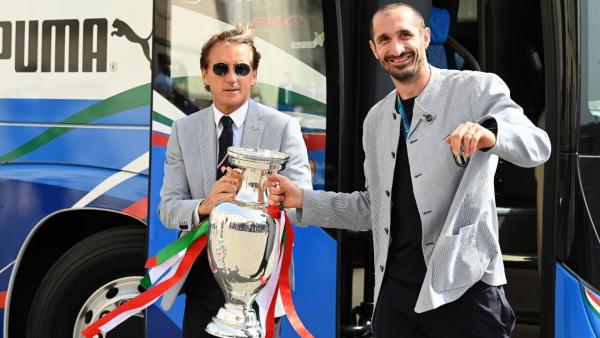 “Instead, I prefer the 2.89/5 on offer about both teams scoring. A blanket defence seems unlikely to work for Macedonia and in any case that’s not how they’ve tended to play. They did at least have a go at the European Championships and were rewarded with goals in defeat to Austria and Ukraine.

“With that Italian defence looking very much makeshift, the visitors should sense an opportunity and they’ve only got one crack at this – they might as well leave it all out there as they chase a first World Cup appearance.”

Scotland’s qualifier against Ukraine has been postponed so Steve Clarke’s men are playing Poland in a friendly that will raise funds for Unicef’s response in Ukraine.

Frankie Monkhouse says: “This is the first time these teams have met since playing out a thrilling four-goal draw at Hampden back in 2015. Followers of the stats may be interested to know that each of the last two games involving Scotland and Poland have ended 2-2 while four of the last five have been scoring draws…

“Scotland and Poland have met 10 times previously with both teams on the scoresheet in eight of those. That’s a trend we are happy to follow and backing yes in the both teams to score market at odds of 1.981/1 makes more appeal than taking no at 1.8910/11.

Nathan Joyes says: “The fact Brazil have already qualified for Qatar and the need for Chile to collect valuable points has certainly been reflected in the prices, with the hosts currently at 4/9. With a crowd behind them, and this their last competitive fixture before Qatar, the five-time World Cup winners will want to put on a show for their fans.

“Chile face Uruguay in their final group game, which is their do or die match to make it to Qatar, and they’ll see any points against Brazil as a bonus. Sadly, this isn’t a scenario I foresee.

“Brazil have been the masters of clean sheets on home soil, and a win to nil at 2.01/1 is very much worth chancing once again.”