Get the best football bets on Thursday as West Ham and Rangers play Europa League semi-finals, Leicester are in Europa Conference League action and there’s the small matter of Man Utd v Chelsea…

Chelsea are the favourites to achieve a rare victory at Old Trafford but our previewer thinks honours even is the likeliest outcome as Man Utd bid to end a two-match losing run.

Dave Tindall says: “Does history mean anything with this United? If so, the hosts are unbeaten in their last eight Premier League matches against Chelsea at Old Trafford although five of those were draws.

“In fact, adding in Stamford Bridge matches and Chelsea haven’t won any of their last eight Premier League encounters against United. Again, five of those were stalemates.

“Who do we trust? It’s easy to despair at United and wade into Chelsea but perhaps there’s just a feeling that Ralf Rangnick’s men have a little more incentive now that they know Erik ten Hag will officially take over. If the Dutchman is to have a big impact, now is the time to show him that they want to go on that journey.

“That thought is tempered by United just not being that good. Overall, it seems reasonable to accept the current circumstances, lean on a bit of history and back the biggest of the three options.”

Eintracht Frankfurt dumped Barcelona out of the Europa League in the quarter-finals, and our Bundesliga columnist believes the Germans can avoid defeat at West Ham.

Kevin Hatchard says: “I don’t think there’s much to choose between these sides, especially given West Ham’s personnel isuues at the back, and I can’t get on board with backing the hosts in the Match Odds market at 1.981/1. I’ll lay West Ham at that price, but you could also use the Sportsbook’s Bet Builder to back Frankfurt/Draw and Over 1.5 Goals in the match at 2.3611/8.

“Frankfurt scored three goals in Sevilla against Betis and three more against Barcelona at Camp Nou, and I fancy them to score here. Even a 1-1 draw would do the trick, so the game doesn’t even have to get out of hand for the bet to land.

“If you fancy Eintracht to get a couple of goals against that depleted West Ham rearguard, you could back them to score Over 1.5 Goals themselves at 9/4.”

Rangers face their toughest Europa League assignment yet as they travel to Germany for their semi-final first leg but our Scottish football expert thinks the Gers can get a result.

Frank Monkhouse says: “The Rangers story has been remarkable, making the semi-final after joining at the playoff stages and losing each of their first two group matches. They have taken some major scalps under the guidance of former Champions League winner Giovanni van Bronkhorst, and it’s not about to finish here. Leipzig’s two home draws in the previous rounds push us towards a third level finish at 5.24/1. Plenty will prefer to support another Rangers win at 109/1.

“Both teams have scored in each of Rangers’ last three games in all competitions, including a 3-1 home cheer over Sporting Braga at Ibrox in the previous round. They also found the net in Belgrade and Dortmund this year. Both teams have scored in RB Leipzig’s last two games, and they also ended 1-1 at home to Atalanta and 2-2 when hosting Sociedad.

Dan Fitch says: “There is less pressure on Mourinho to deliver trophies at Roma than in his previous jobs, but it would be a sign of progress in a season in which the team look likely to miss out of Champions League qualification. A 3-1 defeat at Inter over the weekend, leaves Roma in fifth place, eight points behind fourth placed Juventus. 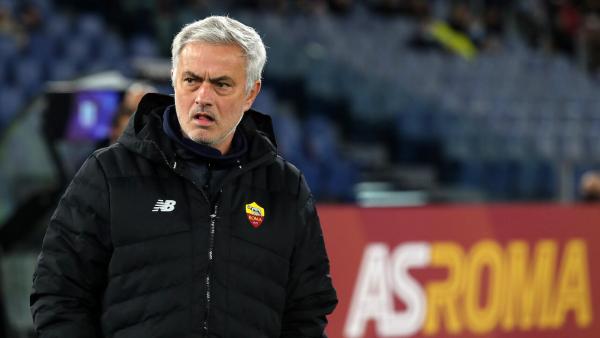 “In the last round Roma suffered a 2-1 away defeat against Bodo/Glimt, before recovering with a 4-0 victory in the second-leg, in which Nicolo Zaniolo scored a hat-trick. Zaniolo is a doubt for this match with an injury, as are Leonardo Spinazzola and Bryan Cristante.

“Leicester’s home form suggests that they will at least come out of this match with a draw. This is reinforced by Roma’s recent away record, with Mourinho’s side winning only one of their last five away games (D2 L2).”

Dan says: “The prices seem like something of an overreaction to Feyenoord’s home advantage. While the hosts are unbeaten in their last eight home games (W5 D3), the level of opposition has not met the standards of a team such as Marseille.

“Most people would rate the French top flight as stronger than the Dutch equivalent and in addition, Feyenoord have had an easy run in this competition, while in-form Marseille dropped out of a tough Europa League group, where they only lost one game. Marseille are 2.447/5 in the Draw No Bet market and 1.784/5 to avoid defeat, Double Chance.

“Feyenoord’s first group game in this competition was a 0-0 draw. Since then, all nine of their subsequent matches in the Conference League have seen goals from both teams. You can back both teams to score at 1.664/6, while over 2.5 goals is 1.768/11, having also landed in all nine of those games.