Get the best bets from our football experts for Saturday’s internationals, including England v Switzerland, as well as tips for Football League action which is where we start…

Alan Dudman collected winners at 5/2 and 13/2 last weekend with a Draw and Correct Score pair of successes, and he is going down that route again for Saturday’s big game at Portman Road

Alan says: “Ninth-placed Town are 11.010/1 in the Promotion market, with Argyle in fourth and just six points off the leaders Rotherham are half the price at 6.05/1 – a win on Saturday for the Greens could effectively kill off the outside chance of Ipswich – who have only lost once since mid-January.

“Last weekend the column successfully played both of these two, with Plymouth beating Accrington easily to net a 1.9210/11 bet, but even better than that; Ipswich’s 1-1 draw earned us a Correct Score win at 7.413/2 and also a 3.412/5 draw selection, and that’s a way I am leaning again.”

Ian Lamont says: “Scunthorpe are having a really tricky time at the foot of League Two. Keith Hill has not be able to turn results around since taking charge of the Iron last November. One win in the past 16 matches highlights the difficulties he has faced.

Ryan Loft leaving for Bristol Rovers in January didn’t help. Victory over Walsall in early February and two goalless draws – against Northampton and Crawley – have been scant consolation in the past couple of months…

“Could the Iron firm up for a point? They will surely fancy their chances of gaining something here. However, Harrogate will look to get back on their feet, so to speak, in this fixture, too.”

NTT20 says: “Having been early promotion chasers, Orient’s brief flirtation with the relegation zone looks to be over after back-to-back wins under Richie Wellens has seen them quickly climb back up the table. The manner of those wins suggests that Wellens has finally stopped the rot, with his side fully deserving of their six goals without reply against Barrow and Rochdale, since going 1-0 down against the latter.

Their opponents here will hope that their own change of manager will see a turnaround, but Barrow fans will be asking a lot of Phil Brown for him to come in and get anything here. Unlike in Wellens’ case, there is very little to suggest Brown is an upgrade on the departed Cooper and any odds-against on the home side looks value.”

Ireland manager Stephen Kenny will be cheered on by a full house in a friendly that may turn on the extent of Belgian experimentation, according to our previewer.

Daniel McDonnell says: “It’s understandable that Belgium are favourites but Ireland will name the strongest side available and their only defeat in ten games is an injury time concession to Cristiano Ronaldo in Faro.

“With the starting Belgian side unlikely to have played together before whereas Ireland have pretty much all of their senior players available – Shane Duffy, John Egan and Seamus Coleman could form an experienced back three – then it’s easy to build a case that the locals will be fully tuned in from the outset. Even the loss of Gavin Bazunu to illness if offset by the availaibility of the excellent Caoimhin Kelleher.

“Belgium’s status as favourites is understandable but they look to be short at the current odds and the idea of laying The Red Devils at 1.68/13 appeals in the circumstances.

“Ireland’s system is actually quite effective against stronger sides as it offers them defensive protection off the ball and it’s plausible to see them being in this game for the duration. There’s trading potential in the lay that could deliver a stress free conclusion.

Paul Higham says: “England have rattled in over four goals per game in their last seven post-Euros, while Austria have scored four times in two of their last three, but before we go expecting a goal fest we best look at their respective defensive records.

“They’ve both conceded just twice in seven games, and the last four head-to-heads have all seen under 2.5 goals. For this friendly, it’s priced up at 1.738/11 while both teams to score ‘no’ weighs in at 1.758/11 and has also paid out in the last four meetings.

“The Three Lions are unbeaten in 14 games at Wembley inside 90 minutes, have won their last eight friendlies and haven’t even conceded a goal in a Wembley friendly since June 2018. And England win to nil can be backed at 2.6413/8. 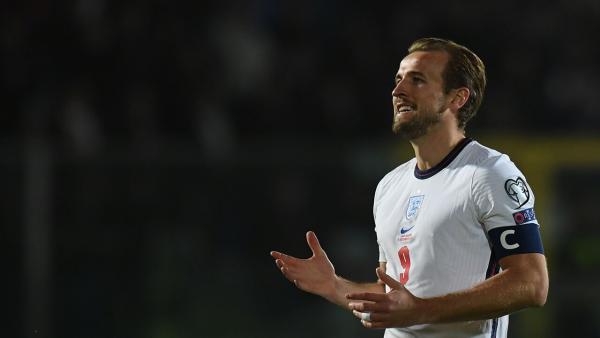 “Kane is the 2.01/1 favourite in the anytime scorer market to equal Charlton’s 49 England goals, and although guessing line-ups is tricky in friendlies Southgate should go pretty much full strength for this first game.”

Dan Fitch says: “The Netherlands are another side much improved since changing managers. Louis van Gaal’s third spell in charge has seen the Dutch go on a seven match unbeaten run (W5 D2).

“It’s fair to say though that the standard of the opposition hasn’t been great and that Denmark represent the most difficult opponent for Holland since Van Gaal returned.

“The Euro 2020 semi-finalists now have Christian Eriksen back in their squad and look very underrated at these odds. Back Denmark to avoid defeat in the Double Chance market at 1.9520/21.”