It’s one of the ultimate football clichés – ‘student of the game.’ Yet when it comes to Carlo Ancelotti, it’s entirely appropriate. At the age of 62 and with 21 major trophies in the bank, including three Champions Leagues, and with him set to win a league title in a fifth European country, he is still eager to reflect, self-assess and learn.

When things ran aground in his second season at Bayern Munich, with reports that his players felt training wasn’t intense enough and that they had started to organise their own extra sessions, Ancelotti decided he would have to raise the tempo in his next post, at Napoli.

More recently, when his Real Madrid were given a critical roasting for their passive performance at Paris Saint-Germain in the first leg of the Champions League last 16, he publicly acknowledged their shortcomings and announced that he would look for a different approach for the return leg, which worked (eventually).

A head coach of Ancelotti’s experience normally reverts to default if things go wrong, sticking with the methods that have always worked for them in the past – sometimes too much so. So while we think we know Ancelotti and what he represents (and in many ways we do, of course), he is smart and ego-free enough to adapt to different situations better than many of his peers.

Let’s not be in any doubt about it either – he definitely needs a fresh plan for this week. El Real might be 12 points clear at the top of La Liga but since beating PSG in thrilling fashion to get to this point, they have been humbled on their own patch by Barcelona in El Clásico and their performance in Saturday’s narrow win at Celta Vigo required Thibaut Courtois to be rather busier than he might have hoped.

We still have to consider the Chelsea angle too, of course. Thomas Tuchel’s side were by some distance the better team in last season’s semi-final, and Ancelotti will surely be thinking of ways to counter the physical power and energy that left that incarnation of Madrid looking, well, old.

It will not have escaped his notice that in the last round, PSG were superior for at least three of the four halves of the tie either, when Mauricio Pochettino’s side had the drop on them athletically too.

It would be a surprise to see El Real go into this with the classic Casemiro-Modrić-Kroos midfield, as magnificent as they have been over the years. The legs of Federico Valverde and Eduardo Camavinga (who was excellent in the return with PSG after coming on) could give them a much-needed boost.

Despite Chelsea’s defensive difficulties against Brentford this is likely to be a cagey, physical affair – and with this Real Madrid holding onto many of the characteristics that Zinedine Zidane instilled in them, we should expect tension to lead the way.

Hammers should still be happy after Lyon visit

After their thrilling extra-time win over Europa League specialists Sevilla in the last round, West Ham deserve to enjoy the moment as they enter the quarter-finals of a European competition. 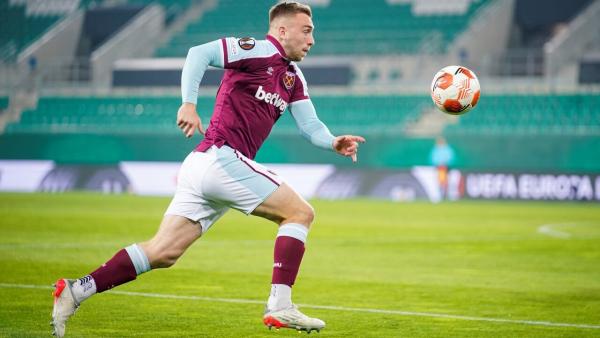 David Moyes is sure to remind his team to play the match rather than the moment, though. Just as Sevilla weren’t at their best as they arrived in London, Lyon have great European heritage over the past few decades but are having a very tough season domestically, from which the Europa League has been their refuge.

Languishing at ninth in the Ligue 1 table despite a squad stuffed with attacking talent like Lucas Paquetá, Moussa Dembélé and the newly-arrived Tetê (who scored the winner within minutes of his debut against Angers on Sunday), their problems are all ones of defensive shape. Peter Bosz’s side are extremely vulnerable when they lose the ball.

With that in mind the return of the nippy Jarrod Bowen, for one, has come at just the right time for Moyes.