In-form Tottenham host Brighton in Saturday’s early Premier League kick-off, and Steve Rawlings believes the Lilywhite will continue their pursuit of a top four finish with a victory.

Steve says: “Spurs have won all four of their previous Premier League home games against Brighton and their last seven in all competitions. And they’ve scored at least twice in six of their last seven at home to the Seagulls.

“In addition to beating them 2-0 in the reverse Premier League fixture last month, they also put them out of the F.A Cup back in February (3-1) and they look a perfectly fair price at 1.574/7 in the win market but the value arguably sits in the Half Time/Full Time market where the hosts trade at around 6/4.

“Spurs have been winning at both half time and full time in five of their last seven home matches in the Premier League and a wager on Tottenham/Tottenham would have also landed in each of their last four matches against Brighton.”

We have three games from League One being screened live on Sky Sports today, starting with Rotherham v Ipswich, and Alan Dudman is going for a Betfair Bet Builder to start his punting weekend.

Alan says: “There’s very little value in that market unfortunately for Saturday with an offer of 1.674/6. The Under 1.5 Goals is a more generous 2.962/1, although that’s still a little under what you’d usually expect.

“With both short on confidence, with a game both dare not lose, I think the best way to play this is the draw and Under 2.5 on the Sportsbook Bet Builder, that way we can use the 2.5 bet to enhance the double to 3.259/4.

“The stats from Opta back up a low-scorer, as Ipswich have only netted in one of their last five league trips to Rotherham (W1 L4), however that game was the Tractor Boys’ joint-biggest away league win against the Millers (5-2 in November 2015). The hosts have won five of their last six league games against Ipswich (L1), keeping a clean sheet in all five of those victories according to Opta too.

Alan’s bet: Back the Draw and Under 2.5 Goals Rotherham v Ipswich on Sportsbook Bet Builder @ 3.259/4

Less than a week after these two teams played out a thrilling 2-2 draw in the Premier League, Manchester City and Liverpool lock horns again in a mouthwatering FA Cup semi-final. Paul Higham previews the action.

Paul says: “Goals are usually in large supply with nine of the last 12 seeing both teams score and 10 of those 12 containing over 2.5 goals. Seven meetings in the last 12 have actually gone over 3.5.

We have a full set of fixtures in the Bundesliga to enjoy over the weekend with Infogol’s Tom Victor giving his xG score predictions for every game, including the live TV game on Saturday tea time.

Tom says: “Ten points from the last four games have lifted Gladbach towards mid-table, and they can close to within three points of Köln by beating them at Borussia-Park on Saturday.

“Adi Hütter‘s side are averaging 1.97 xGF at home, with only a poor defensive return keeping them from a higher league standing, and Infogol’s model anticipates a home win as they continue to finish strongly.”

Serie A returns with an exciting round of action, and Chloe Beresford is back with another three selections for the upcoming matches in Italy’s top flight, including the live game between Juventus and Bologna.

Chloe says: “They may have won at home against Sampdoria on Monday, but this clash in Turin will still be a tough test for a Bologna side who have failed to win any of their last six away matches. 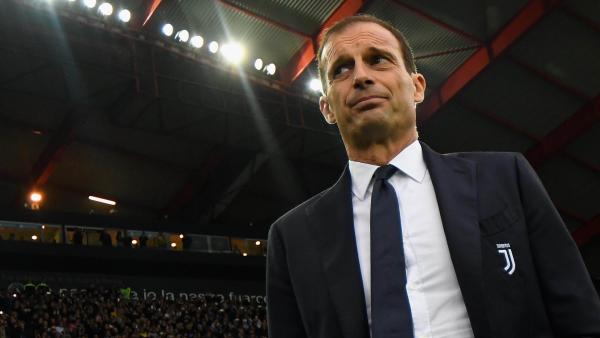 “Meanwhile, Juventus have lost just once in their last 18 Serie A matches, and will seek to extend that record in what could still be a low scoring encounter. There have been under 2.5 goals scored in Juve’s last 11 home games as well as in each of Bologna’s last six matches overall.

“So, armed with that knowledge, the tip here is to back Juventus to win v Bologna and under 2.5 goals, a market that is currently available at odds of 3.185/40.”