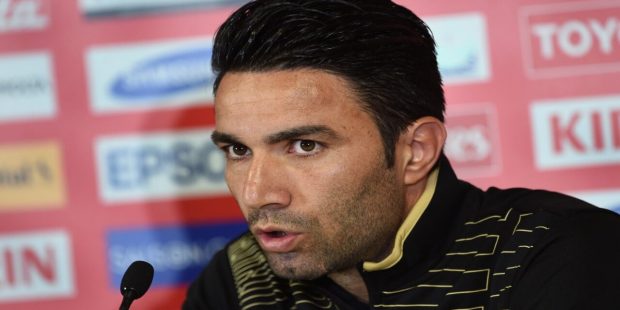 We’re making a rare trip to the AFC Champions League tonight, as Kev thinks the absence of pressure will help Foolad finish top of their group.

Pressure can make a difference

Besiktas let us down, and indeed let themselves down in Turkey last night. The Black Eagles failed to get off the ground in a 3-0 hammering against Kasimpasa.

We’ll head to Saudi Arabia now, because Group C of the Asian Champions League is reaching its conclusion, and there’s an intriguing clash in store between Iranian side Foolad and Dubai-based Shabab Al Ahli.

The group stage of this Champions League is a rapid-fire affair, with six games crammed into the space of a month. Both of these sides are unbeaten, and they drew 1-1 in the reverse fixture, although it should be borne in mind that Foolad were just seconds away from victory.

The Iranian side, led by national team legend Javed Nekounam, has already qualified for the last 16. However, they will only win the group if they avoid defeat, and Nekounam has insisted his side will honour their commitment to representing Iran by giving it their all tonight. Foolad don’t return to Persian Gulf Pro League action until next week, so there is little need to rest players at this stage.

Therefore, all of the pressure is on Shabab Al Ahli, who started the group stage with three straight draws, but then hammered Al Gharafa 8-2 and beat Ahal 2-1. This is a side that’s not exactly pulling up trees in their domestic league (they are fifth, 19 points off top spot and have lost their last four), and they didn’t look dominant against Foolad in the first game. They were outshot 15-8, and only managed three efforts on target across the whole 90 minutes.

My suspicion is that Foolad are the outsiders here based on motivation, because Shabab Al Ahli will only qualify for the last 16 if they win and top the group or if they end up as one of the three best runners-up in the West Region. Looking at the groups, a draw would probably be enough, but all of the pressure is on the Emirati side. Foolad can play with freedom, and they have shown their quality and toughness in this group phase.