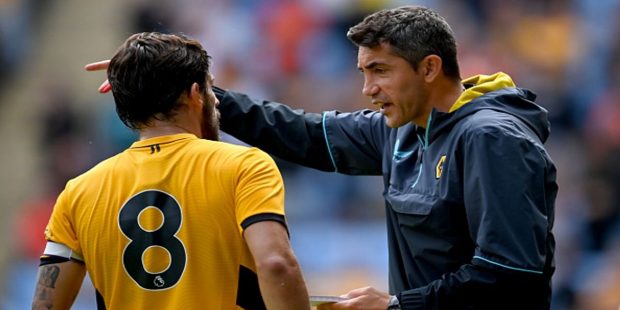 Paul Robinson is expecting Wolves to avoid defeat at the Emirates tonight, and that makes up one third of his odds-boosted Daily Acca. Here are his selections:

Gunners to drop points in the top four race

Wolves only played Arsenal a fortnight ago in the reverse fixture, and they were beaten 1-0 at Molineux. Since then it’s been victories over Spurs and Leicester though, and they are a good price to avoid defeat at the Emirates.

The Gunners ended a run of five without a win when they beat Bruno Lage’s side, and they followed that up with a 2-1 home win over Brentford.

I still have reservations about Mikel Arteta’s men though, and the visitors have won their last four on the road – losing just three away games all season.

A nailbiter at Ibrox

Rangers had one of their most famous nights of recent memory in the first leg of this tie, going to the Westfalenstadion and winning 4-2.

They are now in a great position of progressing from this tie, and they have the added bonus of Erling Haaland being injured for tonight’s match.

I am still expecting plenty of goals though, as the Germans only have one way to play. They scored six at the weekend without Haaland, and the Scots could only draw 1-1 at Dundee.

No clean sheets in Italy

The first leg between these two clubs finished 1-1 at the Nou Camp, and again, I am expecting goals for both teams.

Barcelona are improving under Xavi, and they are now up to fourth in La Liga. They won’t be winning the title, but a top three finish might be considered a success, given where they were.

Napoli are still in the Serie A title race, but after setting the early pace, they are now in third – albeit, only two points behind the leaders.

This selection has landed in four of Napoli’s last five in all competitions, while the same can be said for eight of Barca’s last nine. Expect those trends to continue in Naples.