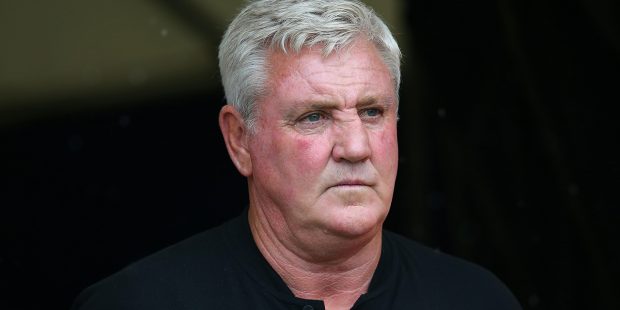 Misfiring West Brom look to get back on track when they welcome high-flying Blackburn at The Hawthorns on Valentine’s evening. Mark O’Haire previews the Championship clash.

Steve Bruce‘s first game as West Brom boss ended in a 2-0 defeat at Sheffield United last Wednesday night, the Baggies third successive Championship loss. Despite being in charge less than a week, the new Albion manager opted to change approach at Bramall Lane with the team playing a 4-3-3 system for the first time this season.

The West Brom players appeared to be enjoying the freedom given to them by their new chief – with the Baggies the better team in the opening half-hour. However, Albion fell behind against the run of play and then saw Jake Livermore dismissed in the 37th minute for a needless challenge – and WBA never did look like getting back into the game thereafter.

Bruce preferred to focus on the positives post-match, saying: “Up until the red card, even though we were a goal down, I thought we were the better side. We have to improve in the final third though, find that cutting edge. We huffed and puffed and couldn’t make the breakthrough but I was pleased with how the players applied themselves.”

Kyle Bartley could be back in contention after recovering from a virus, although Livermore will now miss out through suspension.

Blackburn fell to a second consecutive defeat last midweek as fellow play-off rivals Nottingham Forest left Ewood Park with a 2-0 triumph. Rovers started the game well but fell behind following a sustained spell of pressure from the visitors, and Tony Mowbray‘s team suffered a major blow seven minutes into the second-half as Darragh Lenihan was sent off.

Despite going down to 10 men, it seemed to inspire Blackburn, who had chances fall to Ben Brereton Diaz and Sam Gallagher, but both proved to cut frustrated figures in the Rovers attack. And the hosts’ misery was compounded late on as Paul Van Hecke gave away a penalty that was duly converted and completed the scoring in a disappointing defeat.

Blackburn had eight shots on-target and Mowbray felt his side deserved more after failing to score for a third game on the spin. He said, “I think we were in the ascendancy for most of the game but found a way to lose 2-0. We missed some amazing chances. Any team that’s going to do well has to suffer a little bit and we’re suffering a little bit at the moment.”

West Brom have a fine recent record in head-to-head encounters with Blackburn, boasting a W4-D2-L1 return in the duos last seven renewals. Albion succeeded in their last meeting at The Hawthorns and have posted a reasonable W6-D5-L2 in their past 13 here against Rovers but haven’t claimed consecutive home league wins over Blackburn since 1949.

Pre-season promotion favourites West Brom 1.845/6 earned 13 points from a possible 15 in August but have since posted W8-D8-L9 to fall 10 points off the automatic promotion places and into mid-table. The Baggies have managed only W3-D5-L6 in their most recent 14 league dates, failing to even score in nine of 13 since November’s international break.

Blackburn 4.904/1 were the Championship’s in-form team since mid-October, posting W11-D3-L2 in a 16-game sequence and accumulating 10 clean sheets in that same sample. However, Rovers have slipped two successive defeats, won twice in seven and fired blanks in five of those recent seven contests (W2-D2-L3) to surrender their place in the top-two.

West Brom’s games have averaged only 2.00 goals per-game – the lowest figure in the Championship with at least one team failing to score in 20/30 (67%) of their overall fixtures. Albion’s own issues in front of goal have led to profitable Both Teams To Score ‘No’ 1.758/11 selections in 16 of their most recent 21 encounters, an angle that appeals again here.

Blackburn have also found the goalscoring tricky in recent weeks, notching only twice in their past seven league clashes. Yet Tony Mowbray’s troops have conceded just eight goals in 15 Championship matches since their humbling 7-0 shellacking at the hands of Fulham – with Rovers have silenced nine of their most recent 15 opponents in that sample.

Considering both teams are returning around a 40% hit-rate for clean sheets, there are two misfiring attacks on show, as well as the magnitude of the match in the promotion picture, it makes sense to buy into the recent goal trends and support Both Teams To Score ‘No’ at an appetising 1.758/11 on Valentine’s night.