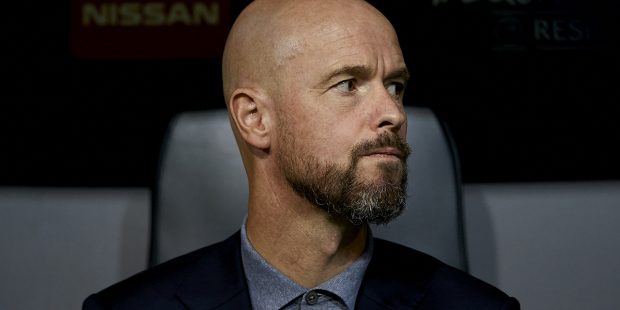 Betfair have opened a range of Erik ten Hag specials markets where you can bet on the Man Utd transfers and their chances of success in 2022/23. Max Liu has the latest odds…

“The likelihood is then that they will be in the Europa League – the last trophy they won, back in 2017 – next season and they are 9/1 to win it.”

Manchester United are odds-on to finish in the Premier League top four in Erik ten Hag’s first season but the betting also indicates their wait for silverware will continue for another year at least.

Betfair have opened a range of Ten Hag Special markets and, while finishing in the Champions League places in 2022/23 is 17/20, United are 15/8 to win a major trophy.

Pundits say United fans must be patient, and this week interim boss Ralf Rangnick said the club were six years behind Liverpool (even though they finished above Liverpool last season).

But if you think the Dutchman can make an immediate impact and pull off an unexpected title win in his first season then the price is 18/1.

Betfair Ambassador Dimitar Berbatov says in his exclusive column today that winning the title must be Ten Hag’s target.

Think the new manager will flop? Ten Hag is 15/2 to have left the job by Christmas. That seems unlikely but Eredivisie to Premier League is a big step up and there is no guarantee he will cope.

United, who are currently sixth in the Premier League, are 22.021/1 to finish in the top four this season ahead of their trip to Arsenal on Saturday.

The likelihood is then that they will be in the Europa League – the last trophy they won, back in 2017 – next season and they are 9/1 to win it.

Anthony could arrive as Pogba leaves

Then there’s the transfers betting. Managers like to bring in a familiar face or two from their previous clubs – think of David Moyes signing Marouane Feillaini for United from Everton or Jose Mourinho nabbing Nemanja Matic from Chelsea – and the winger Anthony is 6/4 to follow Ten Hag from Ajax to Old Trafford.

Frenkie de Jong is 3/1 to sign from Barcelona while Juventus defender Matthijs de Ligt, who was one of the stars of the Ajax team that reached the Champions League semi-finals under Ten Hag in 2019, is 10/1 to be wearing United red next season.

There will also be a clear out. Speculation surrounds the future of Cristiano Ronaldo and what place even an extraordinarily talented 37-year-old can have in a squad that is being built for the future.

One players whose departure look increasingly likely is Paul Pogba who, interim boss Ralf Rangnick said on Friday, would not play again this season.

The Frenchman is 10/11 to join Paris Saint-Germain.