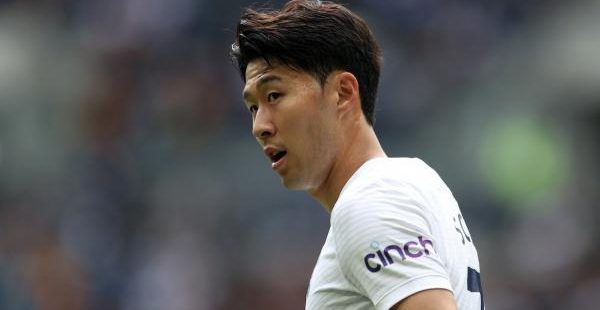 Nothing separated Man City and Liverpool in a title showdown at the Etihad, while Spurs strengthened their top-four hopes and a win over Man Utd gave Everton a lifeline, writes Ryan Baldi…

If any further evidence were needed of how little separates Manchester City and Liverpool at the summit of English football at present, it arrived on Sunday afternoon in the form of a nail-biting and frantic 2-2 draw between the title-chasing pair at the Etihad.

City struck first via a heavily deflected Kevin De Bruyne effort in just the fifth minute. And Liverpool were level only eight minutes later, when Diogo Jota side-footed home his 15th league goal of the season from near the penalty spot after an exquisite volleyed cut-back from Trent Alexander-Arnold.

But it was City who appeared by far the stronger side in the opening 45 minutes, and their superiority was rewarded in the 36th minute when Gabriel Jesus pounced to slam his side’s second goal beyond compatriot Alisson Becker.

Jurgen Klopp will have expected better from his team in the second period, but even he could not have anticipated just how rapidly Liverpool would up their game. A cutting through-ball from Mohamed Salah sent Sadio Mane clear to equalise within less than a minute of the restart.

It was a more even affair through the final 45 minutes. Raheem Sterling thought he had vanquished his old side when he broke clear and slotted a low finish into the Liverpool net on 63 minutes, but VAR intervened, erasing the England star’s effort for a tight offside.

The stalemate means it’s as you were at the top of the Premier League table. With seven games remaining, City are just one point clear of Liverpool.

Although their advantage is slender, Pep Guardiola’s reigning champions remain favourites to claim the title again this season. City are available to back at 1.444/9 on the Betfair Exchange in the Premier League Winner market, while Liverpool are 3.39/4.

The South Korean superstar needed less than three minutes to open his account, when he pounced on a ricocheting Harry Kane strike to sweep home a precise left-footed effort from the edge of the penalty area.

Villa responded positively to going behind and forced several fine stops from Hugo Lloris in the Spurs goal. But Tottenham pulled clear after half-time. January signing Dejan Kulusevski first arrowed a finish into the far bottom corner from the inside-left position, before Son struck twice more, first assisted by Kane and then by Kulusevski.

Son’s treble means he now has 17 Premier League goals this season, a figure second only to Salah’s haul of 20. The Spurs forward can be backed at 6.411/2 on the Betfair Exchange to overhaul the Liverpool man and claim the Golden Boot.

Earlier in the afternoon, Arsenal were upset at the Emirates by Brighton. Only a late, deflected Martin Odegaard goal brought a modicum of respectability to the home side’s 2-1 reverse.

This slip-up means the Gunners now trail their north-London rivals by three points – although they still have a game in hand – in the race for the final Champions League-qualifying berth.

Manchester United, meanwhile, saw their hopes of cracking the top four suffer another blow after they were beaten 1-0 by relegation-threatened Everton at Goodison Park in Saturday’s early kick-off.

In a game of few clear-cut chances, United’s response was inadequate. The Red Devils have now won just one of their last five league games and sit seventh, six points adrift of Tottenham. United can be backed at 19.5 on the Exchange for an increasingly unlikely top-four spot.

Lifeline for Lampard and co.

That victory at Goodison – just Everton‘s second in their last eight league outings – has offered a lifeline to Frank Lampard’s side in their fight to stave off an unthinkable drop to the Championship.

After losing to Burnley in midweek, the Toffees appeared to be skidding down a path to the second tier. But their victory over United coupled with the Clarets losing 2-0 to bottom-placed Norwich at Carrow Road on Sunday has given them some breathing space.

Everton remain 17th, but they are now four points ahead of Burnley in 18th. Far from out of the woods, the Merseysiders are available to back at 4.216/5 on the Exchange in the Relegation market. Sean Dyche’s side are at 1.321/3.