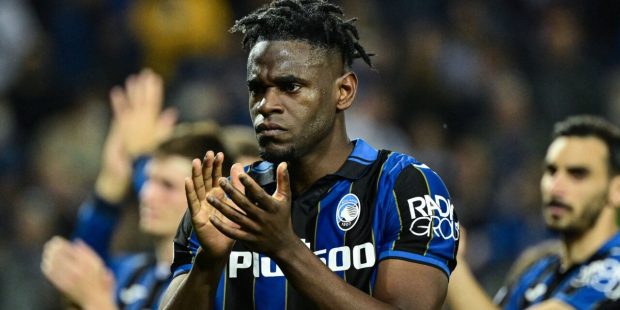 A near-11/1 shot in Serie A is the focus of the day for our football props column on Wednesday.

“The Atalanta striker is one of those who often looks like he feels the world is against him and he’s not shy about having a grumble to the referee.”

I spent a lot of time, too much, looking for angles on Liverpool’s Champions League semi-final with Villarreal, to no avail.

The shots markets suggest Liverpool players will be letting fly throughout the contest but Villarreal have been solid defensively under Unai Emery and there simply looks little value in them. Neither is there a high-carding ref, while the Reds have been one of Europe’s best-behaved teams ever since Jurgen Klopp walked in the door at Anfield.

So, while that match will have most people’s attention, I’m going to take a long shot on a game you’ll find elsewhere on the BT Sport platform, namely the Serie A contest between Atalanta and Torino.

A price which catches the eye is 15/2 about Duvan Zapata being shown a card.

The Atalanta striker is one of those who often looks like he feels the world is against him and he’s not shy about having a grumble to the referee.

It’s an attitude which has got him into trouble on several occasions this season and he’s now been carded in five of 23 starts (six times in total).

Here we’ve got one of Italy’s strictest officials in Rosario Abisso, one who is averaging exactly five yellow cards per game, with several examples of dissent being punished among them. He’s also shown four reds across his 11 matches.

Atalanta will be the ones desperate to win this given they are chasing European football but it won’t be easy.

Zapata may well be frustrated by a defence which is the fifth-best in Serie A, conceding less than a goal per game.

Throw it all together and backing the Colombian for a card is worth a try.

That Torino defence has helped ensure that under 3.5 goals has landed in 31 of their 35 games this season.

If we add that to happen again here, we get a Bet Builder double of just under 11/1.

It’s far from a certainty, no doubt, but is a bet which looks overpriced.