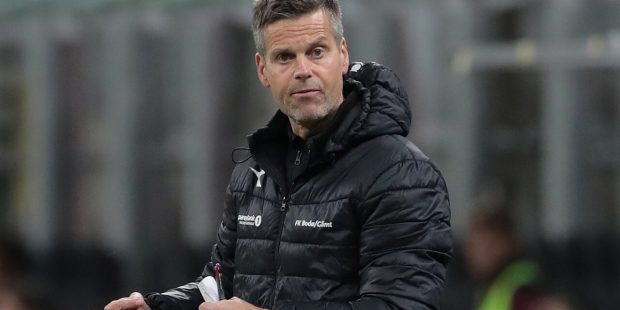 Our props column has an 11/2 goalscorer pick for Thursday’s Europa Conference League action – one which has landed in six of the player’s last 10 competition games.

“Ola Solbakken has scored seven goals in his last 10 ECL games – finding the net in six of those, including away to Roma. No-one has scored more ECL goals since the group stage began.”

Norwegian champions Bodo/Glimt have developed a strong reputation for their attacking style over the past couple of seasons and they should not be under-estimated ahead of the second leg of this Europa Conference League tie.

Glimt won last week’s first leg 2-1 but despite having a lead to protect it’s hard to see boss Kjetil Knutsen throwing a defensive blanket over this contest.

That’s not the style of a man who has led the club to back-to-back titles in Norway, the first of which saw them score more than 100 goals in just 30 games.

Bodo-Glimt have scored in 15 of their 17 European matches so far this season, putting eight past Roma in two games, as well as netting five against Celtic.

Opponents AZ have stuttered a little of late – it’s now three defeats in their last four in all competitions, while they’ve failed to keep a clean sheet in their last seven.

In short, it’s not that hard to see the visitors scoring and if they do there’s a good-looking price available about the man who looks most likely to find the target.

Ola Solbakken has scored seven goals in his last 10 ECL games – finding the net in six of those, including away to Roma. No-one has scored more ECL goals since the group stage began.

The Norway international is a winger who likes to drift into central areas, while he’s also the man on penalties – he’s taken and scored Glimt’s last two, including in last week’s first leg.

It’s something of a surprise to see Solbakken out at 11/2 to score in this match and that looks worth an interest.

Thursday Cheat Sheet: All the best bets in one place!