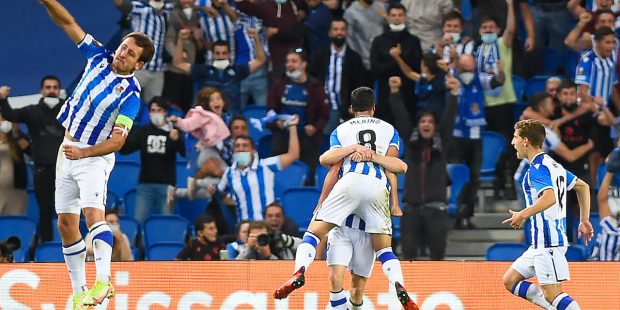 Our Monday column has picked out a low-scoring Real Sociedad win over Espanyol based on the overwhelming stats.

Real Sociedad are clinging to their hopes of a Champions League spot in Spain, and badly need a win over Espanyol on Monday to stand any chance.

Sevilla dropped to fourth after losing against Barcelona and Sociedad can close the gap to six points with a home win on Monday.

They’ll have to do it without top scorer Mike Oyarzabal though, and you wonder just where the goals will come from without him.

Sociedad have kept four clean sheets in five so at the back they’re solid enough, but having averaged just a goal a game scored so far they’ll need to find a goal from somewhere.

Espanyol have won two out of three and conceded just once in that run so this does not look on paper like a game bursting with goals.

Sociedad have managed to engineer seven wins to nil against bottom-half sides in La Liga this season and another narrow victory here looks like the way it will go.

At home in San Sebastian, Sociedad have kept 11 clean sheets from 14 home league games this term, so one goal for them may well again be enough to dispatch their lower-ranked visitors.

A stand-out stat here though is also that Real Sociedad have seen just ONE of their 14 home games this season contain more than 2.5 goals.

Espanyol are also most likely safe from relegation given their recent good run, so you wonder how much they’ll force the issue when it’s not absolutely vital.

The visitors are also yet to win an away game in the league in 2022 and have gone 13 straight away games without keeping a clean sheet.

Given these outstanding stats then a Real Sociedad win and under 2.5 goals bet just screams out at you at 3.55/2 going on all the evidence.