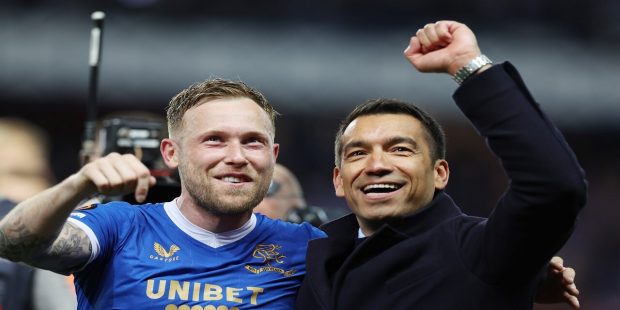 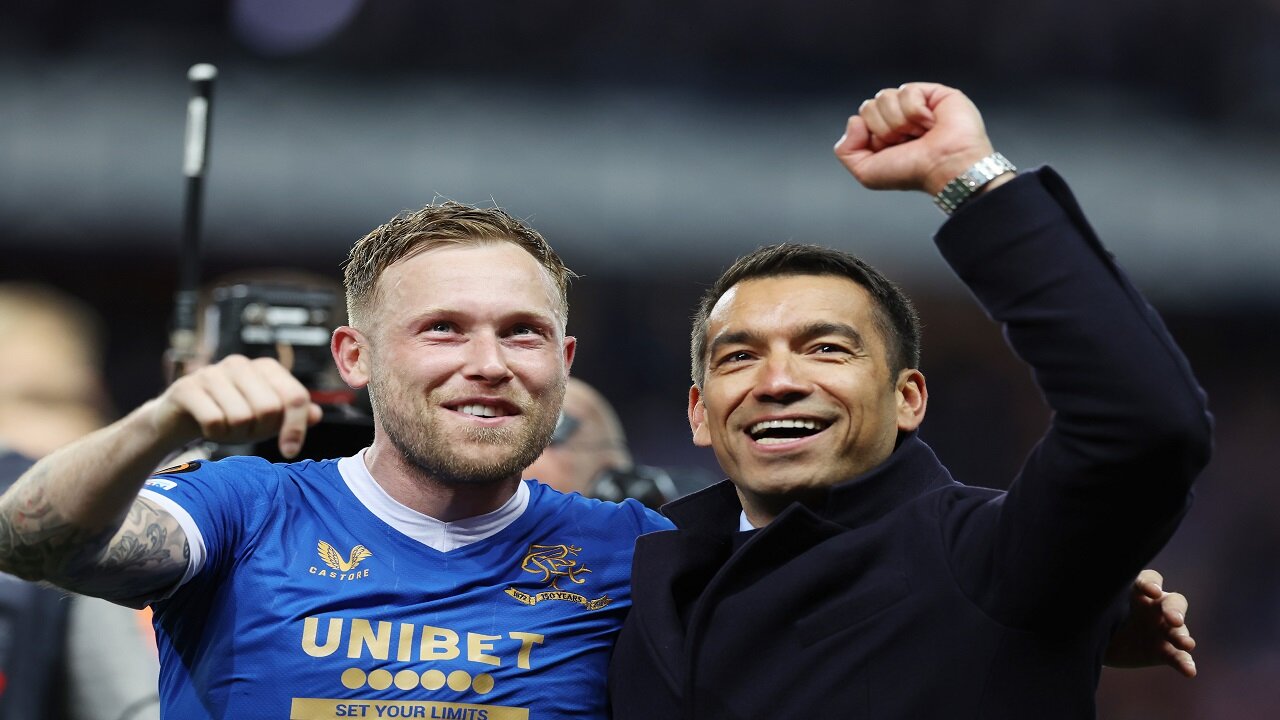 “Having already dealt with Borussia Dortmund and RB Leipzig, the Glaswegians will fancy their chances against another Bundesliga outfit in the final.”

Glasgow Rangers will face Eintracht Frankfurt in the final of the Europa League on Wednesday 18th May at the Ramon Sanchez Pizjuan in Seville.

Giovanni van Bronkhorst’s side came through a pulsating semi-final second leg against RB Leipzig at Ibrox on Thursday. More than 55,000 fans cheered their heroes to a 3-1 victory with millions more watching the action live on television across planet football.

Rangers overturned a 1-0 deficit to book their place in the final and now have a crack at immortality.

It has been an incredible adventure for the Scottish Premiership champions, who began their Europa League campaign with a tense 1-0 aggregate win over Alashkert in a playoff tie played back in August. The Gers then lost their opening two group matches before fighting back from the bottom of pool A, blazing a trail of glory to Seville.

They have taken some major scalps during their journey, eliminating German giants Borussia Dortmund 6-4 on aggregate in a knockout round playoff before brushing past Red Star Belgrade 4-2 and Sporting Braga 3-2.

Thursday night’s astonishing 3-1 win over RB Leipzig was the icing on the cake for GvB’s troops, sending Rangers to their first European final since losing to Zenit in Manchester 14 years ago.

Captain James Tavernier scored on 18 minutes to level the tie before Glen Kamara slotted home a cool finish to give Rangers a lead on the night. The Bulls battled back through a cool strike from Christopher Nkunku to set up a nervy finish, but Govan’s old stadium was rocked to its foundations with a late winner from John Lundstram.

Scots will fancy their chances

Having already dealt with Borussia Dortmund and RB Leipzig, the Glaswegians will fancy their chances against another Bundesliga outfit in the final. Frankfurt booked their place in Seville thanks to a 3-1 aggregate win over West Ham United, winning 2-1 in London and then 1-0 at Deutsche Bank Park on Thursday.

Rangers and Frankfurt have met only twice before in competitive action, with the pair clashing in the European Cup back in 1960. The Germans won both matches, easing to a 6-1 at home and then a 6-3 on the road, but the Scots are capable of claiming revenge.

The pre-match betting odds available on the Betfair Exchange has Frankfurt as favourites with 2.35/4 available with a draw at 3.45. This Rangers team have already shown they pay no attention to the expectations of others, and many followers will see the 3.259/4 on the underdogs as a great bet.

Tavernier is the competition’s top goalscorer with seven goals, two ahead of Frankfurt’s Daichi Kamada. That’s something special when remembering Tav plays as a right wingback, and the Englishman will be hungry for more goals in the final.