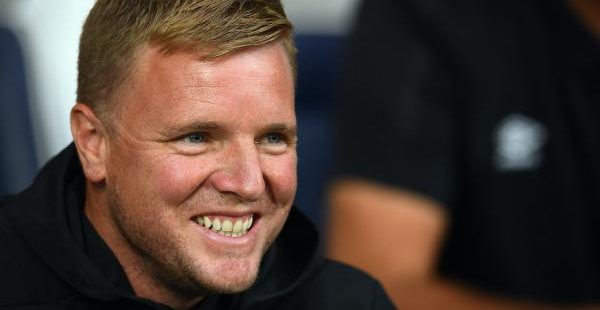 Man Utd’s top-four hopes are in the balance after dropped points for the fourth time in six games, while Raheem Sterling netted a perfect treble for surging Man City, writes Ryan Baldi…

Manchester United saw their hopes of a top-four finish suffer yet another blow on Saturday afternoon, as they let a half-time lead slip in a 1-1 draw with Southampton at Old Trafford.

Jadon Sancho‘s fourth goal since a £73m summer move from Borussia Dortmund put United ahead after 21 minutes, with the England winger tapping home from close range after a pinpoint Marcus Rashford centre.

But Sancho and Cristiano Ronaldo – who is scoreless in 2022 – were among those in red guilty of spurning presentable chances and United went in at the break having been unable to extend their advantage.

Early in the second period, the home side committed what is becoming a typical lapse in concentration, allowing Southampton to swiftly move the ball through midfield before Che Adams slid a tidy finish beyond David de Gea to equalise.

Post-match, United manager Ralf Rangnick pointed to his side having created several scoring chances as a reason not to be too concerned with their fading form, which has seen them drop points now in four of their last six Premier League games.

But his opposite number and former RB Leipzig colleague, Ralph Hasenhuttl, offered a scathing appraisal of United’s defensive shortcomings. “It’s not a big secret that when they lose the ball the reverse gears are not the best from everyone,” the Saints boss said.

The draw leaves United fifth in the table. They can be backed at 3.259/4 on the Betfair Exchange in the Top 4 Finish market.

West Ham, who drew 2-2 with Leicester City on Sunday afternoon thanks to a stoppage-time Craig Dawson equaliser, currently occupy the final Champions League-qualification spot, one point ahead of United, although they’ve played a game more than the Red Devils. David Moyes’ men can be backed at 6.86/1 on the Exchange to finish inside the top four this term.

Surprise package Wolverhampton Wanderers continue to cling to the coat tails of the top-four race. They impressively beat Spurs 2-0 on Sunday at the Tottenham Hotspur Stadium, with early first-half strikes from Raul Jimenez and Leander Dendoncker.

Wolves, four points back from West Ham but with two games in hand, are available at 10.519/2 on the Exchange for a top-four spot. Meanwhile Antonio Conte’s Tottenham, who have now lost three on the bounce, have plummeted to eighth and are available at 4.3100/30 in the Exchange’s Top 4 Finish market.

The England star opened the scoring on the half-hour mark when he slotted home a low Kyle Walker cross with his right foot.

Then, after Phil Foden had doubled City’s lead in the second period, Sterling scored again, this time with a close-range header.

Finally, Sterling capped a fine evening’s work by reacting quickly after seeing his stoppage-time penalty saved to knock in the rebound with his left foot.

Pep Guardiola‘s men are unbeaten in the league since October and, nine points clear at the top of the table, remain overwhelming favourites to be crowned champions once again this term. City can be backed at 1.141/7 on the Exchange in the Premier League Winner market.

Liverpool are making a fist of their challenge to City’s supremacy, however. The Reds gutted out a 1-0 win over Burnley at a wet and windy Turf Moor on Sunday afternoon, with Fabinho the scorer. It was far from pretty, but it was the kind of hard-fought victory upon which title charges are founded.

Sitting second and with a game in hand over the reigning champions, Liverpool are available at 8.27/1 on the Betfair Exchange to claim a 20th top-flight title this term.

The Premier League’s biggest mid-season spenders have now won three games in a row, and the latest of which, a 1-0 home win over Aston Villa on Sunday, came courtesy of a strike from one of the marquee new arrivals, England full-back Kieran Trippier. 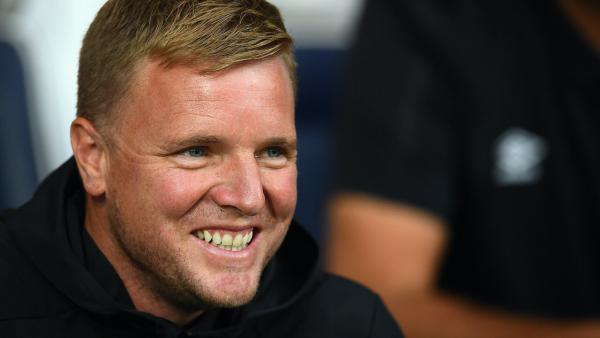 The Magpies are now out to 5.14/1 on the Exchange to be relegated to the second tier this season.

And there was a first win under new manager Frank Lampard for Everton, who fell victim to Newcastle in midweek, as the Toffees beat Leeds 3-0 at Goodison Park on Saturday. The goals came from Seamus Coleman, Michael Keane and, thanks to his heel inadvertently nicking Richarlison’s already-goal-bound strike, Antony Gordon.

Sitting 16th and just five points above the drop zone, Everton can’t count themselves entirely out of trouble just yet. But they are out to 9.617/2 on the Exchange in the Relegation market.