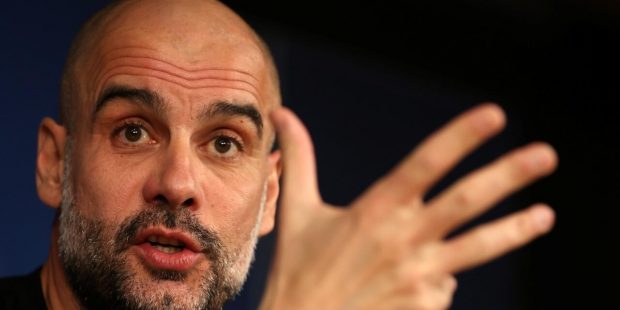 Find out what the latest Betfair Barometers say about the chances of Manchester City completing a Premier League, Champions League and FA Cup treble and about Cristiano Ronaldo’s future…

“The season is on a knifedge so we’ve got the Betfair Barometers to show the chances of Manchester City winning the treble.”

It’s that moment in a thrilling season when everything is up for grabs and a team’s fortunes can change in a flash.

The season is on a knifedge so we’ve got the Betfair Barometers to show the chances of Manchester City winning the treble.

Two days against City played Liverpool in a dramatic 2-2 draw at the Etihad which kept the Blues one point clear in the Premier League title race.

On Saturday City will play Liverpool again in the FA Cup semi-finals.

It’s a massive week for the Blue side of Manchester, so what does the Betfair Barometer say about City’s chances of winning the treble this season?

As you can see, bettors give City only a 9% chance of winning the Treble. That’s understandable as only one team have ever done it (Manchester United in 1999), but perhaps this will be the Blues’ year.

Cristiano Ronaldo’s return to Manchester United has been unravelling for months but it reached a new low at the weekend after defeat to Everton which left the team eighth in the Premier League and 20.019/1 for a top four finish.

The Portuguese star was seen appearing to slap a phone from a young fan’s hand and police are investigating the incident.

The incident increased speculation that Ronaldo may be on his way out of Old Trafford this summer.

United will bid to make a fresh start under a new manager while the player could benefit from pastures new, so a parting of the ways may be in both parties’ interests.

The problem could come if Ronaldo struggles to find a club that are prepared to pay his considerable wages, which is one reason why the Barometer indicates uncertainty about his future.