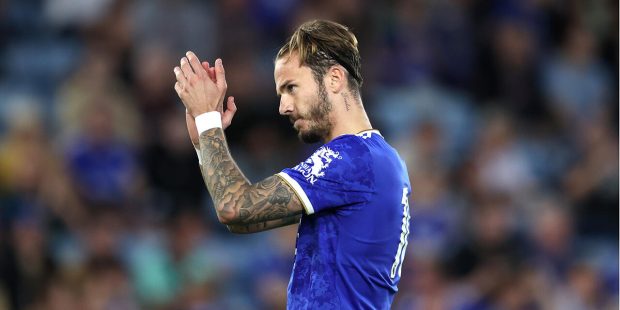 In the last four days Paul Robinson has delivered 12/1, 9/1 and 7/1 winners. Today his Daily Acca has been boosted to 11/2. Here are his selections:

The door to the top four is now wide open for Arsenal, and they can jump above Manchester United today – whilst still having games in hand.

Leicester will be tricky opponents for the Gunners this afternoon though, with the Foxes having won their last four in all competitions.

The huge positive for Brendan Rodgers is that his side conceded just one goal during that run – keeping clean sheets in the last three.

Mikel Arteta’s men have also won their last four, but they have all been by one goal margins, and an in-form Leicester will be a harder opponent than the previous four.

Simone Inzaghi’s side to get back on track

Inter’s title defence has taken a bit of a dent in recent weeks, as they have surrendered the lead to AC Milan, thanks to a run of one win in five Serie A matches.

That sole victory did come last time out though, and while the gap to their neighbours is now five points, they do have two games in hand.

Tonight they travel to Turin to take on Torino, with the hosts not having won since the middle of January.

In their last three at home, Ivan Jurić’s side have drawn with Sassuolo and then been beaten by Venezia and Cagliari – with the latter two being in the bottom four.

No worries for Barca in La Liga

Barcelona had a disappointing night during the week, drawing 0-0 with Galatasaray at the Nou Comp.

Things have been going well in La Liga though, with the team climbing back into the top four, thanks to an 11 match unbeaten run – seven of which were wins.

Osasuna are the visitors this evening, and they are safely berthed in mid-table. It’s just wins in nine on their travels though, and three of their last five have ended in defeat.