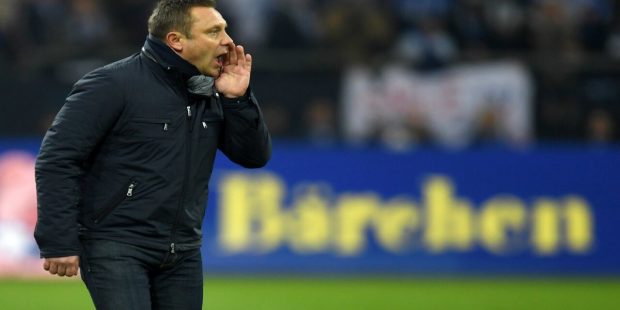 Zurich are flying at the top of the Swiss Super League, and Kev doesn’t reckon rock-bottom Lausanne can slow them down.

Top side to shine again

1860 Munich did their bit for us last night, as they grabbed two early goals in Germany’s third tier, but visitors Verl failed to provide the goal that would have landed our BTTS/Over 2.5 Goals bet. They’re on the naughty list.

We’ll head to Switzerland now, because runaway league leaders Zurich are in action against struggling Lausanne, and I think the Super League table-toppers can take maximum points once again.

Coached by former Schalke and Hannover boss Andre Breitenreiter, Zurich have taken the league by storm this term, and they are 13 points clear at the top. FCZ have won 11 of their last 12 league matches, and on the road they have won five of their last six. To put their achievement into context, the last 12 league titles have gone to either Basel or Young Boys of Berne, and Zurich haven’t been crowned as Swiss champions since 2009. They were relegated as recently as 2016, so this has been quite the return to prominence.

Tonight Zurich face the SSL’s bottom side Lausanne, a team that has collected a paltry 12 points in 24 matches. 16 of those games have ended in defeat, and Lausanne have lost their last seven games in league and cup. They have the worst attack and the worst defence in the division.

Zurich have already played Lausanne twice in the league this term, and they won 3-1 on both occasions. I’ll back them -0.5 and -1.0 on the Asian Handicap here at 2.01/1. If the leaders win by a single goal we get a half-win, but a win by two goals or more gives us a full pay-out at evens. Seven of Zurich’s last nine league wins have been by more than one goal.