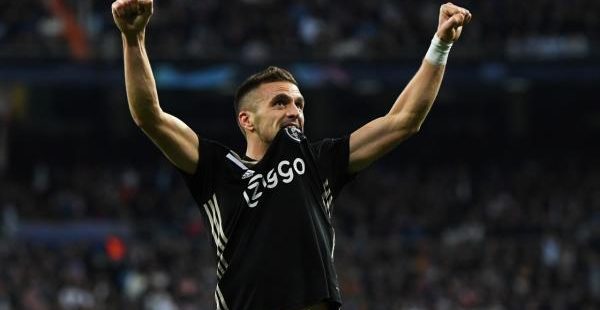 The in-form Sebastian Haller could be about to pounce again but in a wide open game, also expect Benfica to get on the scoresheet, says Jamie Pacheco.

Ajax’s good season may just get even better

The first leg didn’t disappoint, a wide open game that ended 2-2 and could have ended up with plenty of other scorelines.

But Ajax were arguably the better side, with far more possession and shots on goals and perhaps they’ll feel they should be heading into the second leg with a lead.

They actually lost their next league game after that draw in Lisbon but bounced back to win two league matches, both by a 3-2 scoreline, with a 2-0 win in the Cup sandwiched in between.

Thye left it late at the weekend, Ryan Gravenberch scoring just his second goal of the season, in the 90th minute, as Ajax beat Cambuur 3-2. It’s been a really good season for them so far and qualifying to the next stage here would make it even better.

Biggest game of the season for Benfica

With the league title gone, this has quickly become by far the most important game of the season for Benfica.

A place in the Quarter-finals of the Champions League is an excellent result for any Portuguese side and it would feel even better now that rivals Sporting Lisbon are out, having gone down to Manchester City.

Since that 2-2 draw with Ajax, they won their next two but only managed a draw at the weekend.

Former Spurs and QPR man Adel Taarabt was sent off in just the sixth minute for a bad foul and they had it all to do with ten men but would have been disappointed about not being awarded a late penalty.

Ajax are 1.434/9 to win the game and at first glance that does look a bit short, although it should be remembered that with away goals now scrapped, there will be more urgency about actually winning the game than just drawing it after what happened in the first leg.

If your life depended on picking the correct one of the three outcomes then it would have to be Ajax, with the better performances in their domestic league, Champions League and slightly better showing in the first leg in Lisbon.

But still, not at that price. They’re a fine side with some really good players and crucially, good players in form. But they’re not exactly that used to being at this stage of the competition and could feel the pressure, even more given they’re at home and expected to progress.

If this is the open game that I expect it to be, it might just come down to who has the better finishing on the night and which goalkeeper has the better game.

So, we’ll have to swerve Ajax, noting that the 5.79/2 on the draw looks pretty big indeed, while the 7.413/2 on the Benfica win looks appealing on price, if somewhat unlikely.

If you had to pick a game this midweek with goals in it, this one would be a good starting point. 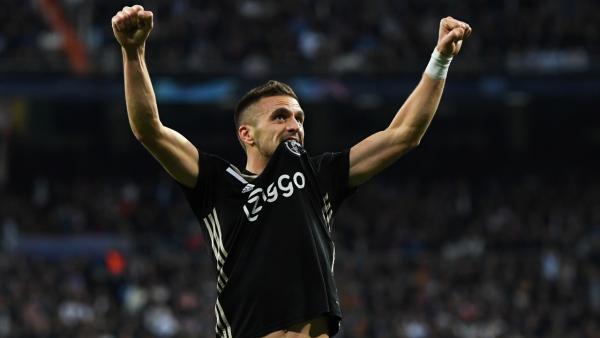 For Ajax, it’s 11 of the last 13 that went over 2.5 goals so you can see that neither side plays many games where goals are at a premium. And of course, we saw how open that 2-2 draw at the Estadio da Luz was.

Sebastian Haller provided a winner for us at 13/10 when he scored in Lisbon. Interestingly, he scored a goal at the opposite end, as well.

In a week where Karim Benzema and Cristiano Ronaldo both made headlines for their hat-tricks, it’s worth highlighting just how good Haller has been this season.

He’s got 31 goals in 34 games across league and Champions League and three in his last two.

He may not be as famous as some other European-based strikers but on current form, he’s as good as anyone.

The Sportsbook aren’t being particularly generous with a quote of 8/11 that he scores anytime but his stats certainly suggest he could be about to strike again and we’re going with him to get a goal.

We’ve been through how entertaining Benfica games have been this season already and they really should get on the scoresheet here, especially because they’ve scored in each of their last 14 matches. So BTTS gets the nod over the over 2.5 goals option on price.