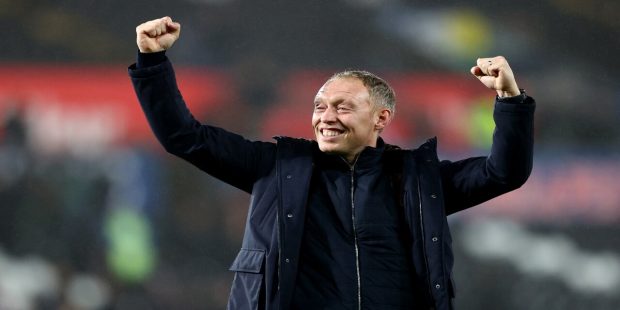 There are plenty of games with implications at the top of the Championship today, and Paul Robinson has included three of them in his 10/1 Daily Acca. Here are his selections:

Boro to keep their dream alive

Sheffield United’s win at QPR last night wasn’t good news for Middlesbrough, but they will still have a chance of making the Play-offs on the final day if they beat Stoke this afternoon.

The visitors are in 12th, and while they have won three of their last four, they just don’t have the motivation that Chris Wilder’s men do today.

The hosts returned to form against Cardiff last time and they should be able to make it back to back victories at the Riverside.

Another victory for fantastic Forest

Steve Cooper took over as manager of Nottingham Forest when they were languishing at the wrong end of the league.

A few short months later, he has them within three victories of the Premier League and a fantastic FA Cup run behind them.

Forest will be desperate to take the three points against Swansea this afternoon, as it would set them up to overhaul Bournemouth if they beat them in their mouth-watering clash on Tuesday.

They have won eight of their last nine in the league, and at the City Ground they are unbeaten in nine – winning eight of them.

Swansea are nine without defeat, but the last four were draws, and they don’t really have much to play for here.

Spoils to be in the West Midlands

On the whole it’s been a pretty good season for Coventry. They look set to finish in the top half, and they will be keen to sign off their home campaign with a good result.

Huddersfield will make it hard for them, as the promotion chasing Terriers have taken 13 points from the last 15 available.

That being said, automatic promotion is looking unlikely, and they will find it hard to beat the Sky Blues at the Coventry Building Society Arena.