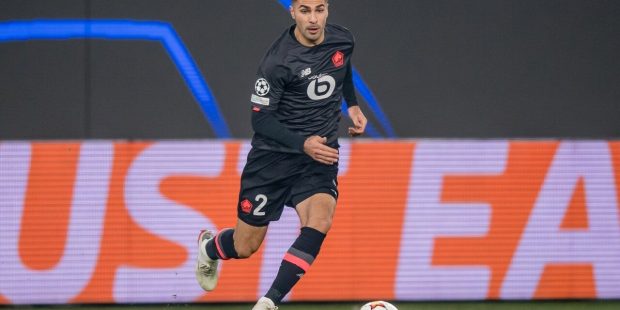 Lille are proven card collectors in this season’s Champions League – our football props column has a related 12/5 angle for Tuesday’s clash with Chelsea.

Of the 16 teams who qualified for the knockout stage of the Champions League, none could match Lille in terms of cards collected.

The French champions picked up 23 bookings in their six group-stage matches, a tally which makes the card markets worth an interest ahead of their trip to London to face holders Chelsea.

There are some obvious ‘player to be shown a card’ candidates, led by midfielder Xeka, carded in eight of his 17 starts for Lille this season. However, he’s odds-on – too short.

His central midfield partner Benjamin Andre is a better bet at 15/8.

However, the best wager looks to be Zeki Celik at 12/5.

The Turkish right-back has received nine cards in just 24 starts this season.

That looks to be an area where Chelsea could get some joy.

The referee, always crucial to a cards bet, is Spain’s Jesus Gil Manzano.

The appointment could be better but Manzano has still shown 4+ cards in 15 of his last 23 UEFA club matches.

For those who like an in-play bet, one other angle is worth a mention.

Lille keeper Ivo Grbic has been booked for time-wasting in six of his last 25 matches for club and country.

Sadly Grbic is not guaranteed to start – he’s missed the last two matches after having shocker in the recent 5-1 loss to PSG – but there has been a suggestion that his experience will see him get the nod here.

If he is in goal and Lille are holding something heading into the last 20 minutes, he may be worth an interest.

Tuesday Cheat Sheet: All the best bets in one place!