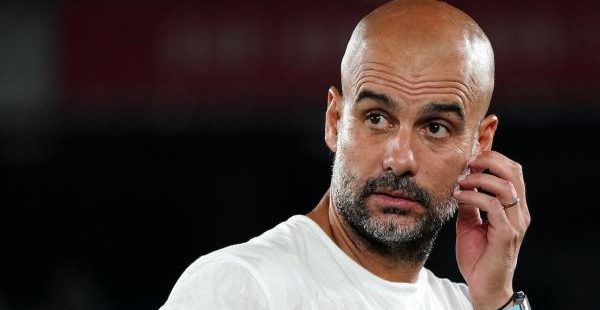 The writing was on the wall within half an hour of Leeds United‘s defeat to Tottenham on Saturday afternoon.

The away side had surged to a 3-0 lead at Elland Road, with Matt Doherty, Dejan Kulusevski and Harry Kane all on target as Leeds stared down a fourth successive Premier League defeat.

From that point on, Marcelo Bielsa was always unlikely to escape the weekend with his job intact.

Spurs eventually strolled to a 4-0 victory after Son Heung-min added to Leeds’ woes. The Yorkshire side were profligate in front of goal, with Stuart Dallas the most notable chance-spurner, somehow conspiring to misfire when a Hugo Lloris gaffe left the Tottenham goal temporarily unguarded in the second half.

The defeat left Leeds in 16th place, just two points above Burnley in the final relegation spot, with Sean Dyche’s men holding two games in hand. And on Sunday afternoon, the predictable news arrived: Bielsa had been sacked.

Former RB Leipzig boss Jesse Marsch is expected to be named Bielsa’s replacement at Elland Road, but the American might find the influential Argentinian a difficult act to follow. Leeds’ squad is sub-par by Premier League standards; Bielsa had garnered an impressive level of over-achievement by earning promotion and keeping the club in the top flight.

What’s more, Marsch will find a group of players indoctrinated into Bielsa’s very demanding yet hyper-idiosyncratic method of playing. Installing a new system in hope of immediate gains might make the expected new-manager bump an especially tricky task.

Leeds are now available to back at just 2.829/5 on the Betfair Exchange in the Relegation market.

Meanwhile, Newcastle United continue to trend in the opposite direction.

Eddie Howe’s side recorded an impressive 2-0 away victory over Brentford on Saturday, a seventh Premier League game without defeat for the previously struggling North East outfit.

A towering Joelinton header and midfielder Joe Willock’s emphatic finish to a stylish attacking move were enough to allow Newcastle to see off Thomas Frank’s men.

The Magpies are up to the heady height of 14th in the table now, four points clear of the drop zone.

Newcastle are out to 9.28/1 on the Exchange in the Relegation market.

That victory saw Howe’s in-form side leapfrog their hosts. Down to 15th, Brentford’s stunning start to their first Premier League season is beginning to feel like a distant memory. They are just three points ahead of 18th-placed Burnley, having played three games more than the Clarets.

Burnley’s own hopes for survival were boosted by the collection of a point this weekend, after a 1-1 draw with Crystal Palace at Selhurst Park. Dyche’s side struggled to create opportunities against the Eagles and went down early to a close-range Jeffrey Schlupp effort.

But Burnley were bailed out in the second half when Luka Milivojevic put the ball into his own net. They are available to back at 2.915/8 in the Betfair Exchange’s relegation market.

Another struggling club to pick up a thoroughly respectable point – and who also rode their luck in doing so – this weekend was Watford.

Roy Hodgson’s Hornets hung on at Old Trafford, resisting a string of clear-cut that fell to the usually reliable likes of Cristiano Ronaldo, Bruno Fernandes and Anthony Elanga, to claim a hard-fought 0-0 draw against Manchester United.

Sharing the points harmed United hopes of securing a top-four place this season; they can now be backed at 3.711/4 on the Exchange in the Top 4 Finish market. But the result was a boon to Watford’s slim survival hopes. The 19th-placed side are available at 1.251/4 in the Exchange’s Relegation market.

At the other end of the table, champions Manchester City were doubly fortunate not to drop points against Everton at Goodison Park. 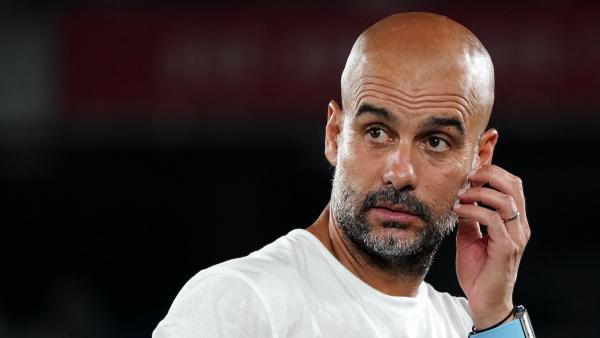 Then, VAR took a long look at what appeared to be an obvious handball in the penalty area by City midfielder Rodri in the dying minutes, only to find no fault in the Spanish playmaker’s upper-arm touch.

The win keeps the Pep Guardiola‘s side six points clear of Liverpool, who have a game in hand over City due to their participating – and winning, via penalties after a thrilling 0-0 – the EFL Cup final against Chelsea on Sunday.

City remain favourites to retain their crown this term. They can be backed at 1.321/3 on the Exchange in the Premier League Winner market.