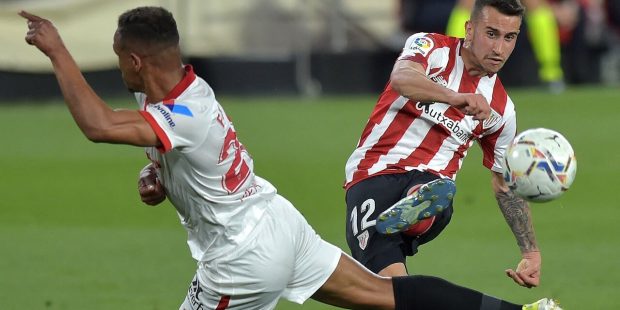 After another profitable week, our football props column is off to Spain on Monday night for a 6/1 Bet Builder.

“With Isidro Diaz de Mera Escuderos in charge – only three refs in Spain have a higher card average count this season – over 4.5 cards should land.”

On what is a pretty quiet football night, this props column is heading to Spain on Monday evening with a 6/1 Bet Builder served up.

First, let’s start with the admission that this might not be the most thrilling game you’ve ever seen.

Athletic Club’s 12 away games so far in La Liga have produced just 13 goals, while Mallorca have landed over 2.5 goals just 27% of the time at home this season.

Despite Athletic missing centre-back Inigo Martinez due to suspension, I’m more than happy to add under 2.5 goals to the betslip.

You might think those low-goal figures would also be reflected in the shots stats but that’s actually not the case.

Both teams are in the top seven in terms of most shots conceded, while Bilbao sit in the top half for shots taken with Mallorca only just outside it (11th of 20).

I’m therefore prepared to add a couple of shot bets to the mix.

Home right-back Pablo Maffeo has managed 1+ shot in 10 of his last 11 games so he makes the cut.

Adding the visitors’ Alex Berenguer for 2+ shots is a bit more risky, although he has landed this on five of the last nine occasions he’s played for 45 minutes or more.

He plays on the right of midfield usually, although he’s also been pushed forward more at times and should get chances to shoot.

Finally, with Isidro Diaz de Mera Escuderos in charge – only three refs in Spain have a higher card average count this season – over 4.5 cards should land.

Escuderos is averaging 5.45 yellows per game (and has also shown two reds in his 11 matches).

He’s booked seven Mallorca players in their two meetings this season and three in his only Bilbao game.

The visitors are admittedly one of the lower card accumulators in La Liga but their figures have been on the rise in recent times with 24 cards received in their last seven outings in all competitions.

In what should be a competitive game, we should be able to reach at least five cards and hopefully land a decent-priced winner.

Champions League is back – Check our our Sporting v Man City preview!