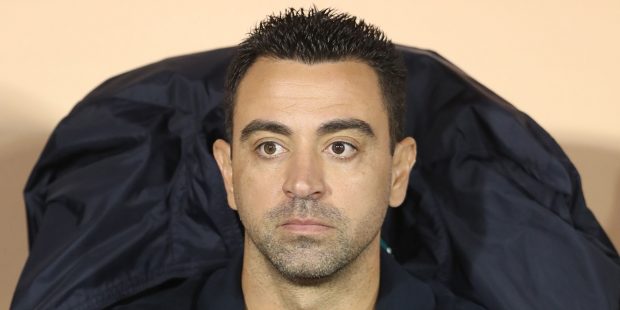 There’s a heavyweight clash in the Europa League’s play-off round, and Kevin Hatchard thinks hosts Barcelona are too short against Napoli.

“Barcelona are improving under Xavi, but since he took charge they have lost to Real Madrid, Real Betis and Athletic Club, and they face a Napoli side that is challenging at the top of Serie A.” Lay Barcelona at 1.9720/21

Improving Barca have a shot at glory

It would be ironic if a competition that Barca were desperate not to drop into provided a glittering end to a troubled season. Winning La Liga was never realistic for a Messi-less and at times penniless Barca, Athletic Club dumped them out of the Copa del Rey recently, and the arrival of club legend Xavi as coach came too late to rescue the Champions League campaign. On that basis, winning the Europa League at the club’s first ever attempt is a worthwhile endeavour.

Not only is this a club that’s addicted to winning silverware, but winning the UEL also guarantees a badly-needed return to the Champions League.

Barca sporting director Mateu Alemany managed to produce some impressive financial gymnastics, and as a result the club has found a way to strengthen in the winter window. Adama Traore‘s return to the club already looks like a success – the on-loan Wolves star is thoroughly enjoying his role as an old-fashioned wing wizard, and he set up Luuk de Jong’s last-gasp leveller in the weekend’s 2-2 draw at Catalan rivals Espanyol. Ferran Torres is an established international forward with enormous potential, and Pierre-Emerick Aubameyang has the chance to show he can still be an elite striker.

Barca have gone eight games without defeat in La Liga, and at home they have lost just one of their last six competitive outings. Xavi has publicly underlined the importance of this competition, so I don’t expect a huge amount of rotation. Ousmane Dembele has been brought back into the fold after Barca’s rather shabby attempts to offload him, and he could start as one of the wingers either side of Aubameyang. There are doubts over Ronald Araujo’s participation after he picked up a knock at the weekend, and Eric Garcia could deputise. Dani Alves was left out of Barca’s UEL squad.

Napoli challenging at home and abroad

It’s hard to think of Napoli without thinking of the late Diego Maradona, who bestrides the club’s history like a colossus. As the southerners prepare to face another of Maradona’s former clubs, his enduring effect becomes even more noticeable. While Barca have faltered this term, Napoli have played thrilling and successful football in a manner that Argentina’s finest doubtless would have approved of.

Napoli’s draw with Inter was instructive in that they came away from the clash feeling they should probably have won it. That shows not only that they have come a long way under Luciano Spalletti, but also that they see themselves as genuine contenders to win the Scudetto. Napoli are just two points behind the leaders Milan, and a point behind the weekend’s opponents Inter, although the champions do have a game in hand.

Kalidou Koulibaly continues to be one of Europe’s best centre-backs, Lorenzo Insigne is determined to end his time with his hometown club on high (he is joining Toronto at the end of the season), Fabian Ruiz is a delightful player to watch in midfield, and although the goals have dried up a bit for Victor Osimhen, he remains a focal point in attack and a headache for defenders.

Alex Meret could get the nod in goal, with Andre Frank Zambo-Anguissa tipped to return in midfield. Dries Mertens is also pushing for a start, having only been used as a late substitute against Inter.

Barca too short at odds-on

Barcelona are making strides under Xavi, but apart from the recent 4-2 win over a shambolic Atletico Madrid, they aren’t having things their own way against top teams. They were held by Benfica at home in the Champions League, they lost to Real Madrid at home in the league and then in Saudi Arabia in the Supercopa and they were also turned over at home by a very good Real Betis side.

If Napoli can play anywhere near as well as they did against Inter at the weekend, then they’ll be a threat here, especially if Araujo is missing from the Barca rearguard.

Napoli play lowly Cagliari on Sunday, so that should give them scope to have a proper go here.

Both teams can find the net

Barcelona win 5.78 corners per match on average in La Liga, while Napoli win 5.32 in Serie A. There have been at least eight corners in eight of Napoli’s last ten Serie A games, and six of Barca’s last ten top-flight games.