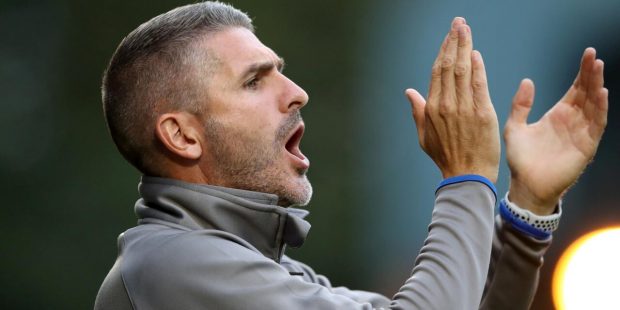 It’s action from France, Scotland and England for Paul Robinson’s Daily Acca today, and it has been boosted to 13/2. Here are his selections:

Angers will be buoyed by their first win since December 5th, as they beat Troyes 2-1 on Sunday.

The 13th placed team have a great chance of making it back to back victories this evening, given that they welcome Ligue One’s bottom club to Stade Raymond Kopa.

Saint-Etienne are enduring a miserable campaign, and with just 12 points from 21 matches, they are already eight points adrift of safety.

The visitors have lost 13 times – including their last seven, and new manager, Pascal Dupraz, was in charge for three of them.

Hearts have wasted little time since their promotion back to the SPL, and they sit in third place, eight points ahead of Motherwell in fourth.

They do have a nine point gap to Celtic above them though, and that’s who they face tonight.

Robbie Neilson’s hosts are in great form, winning their last four in all competitions, and while they have been beaten in their last two games against the Bhoys, they were both away from home, and when they met them at Tynecastle in August, Hearts won 2-1.

Back to back wins for the Baggies

The Baggies have slipped down the league table in recent weeks, as they simply just haven’t been winning enough games.

Valérien Ismaël’s men will take heart from the fact that they are still in fifth place though, and they are only seven points off automatic promotion – with a game in hand.

West Brom were also able to return to winning ways on Saturday too, as they beat Peterborough 3-0, to record their first victory since December 11th.

Preston are the visitors to the Hawthorns, and they were beaten 1-0 at Swansea at the weekend – extending their winless run to four in all competitions.