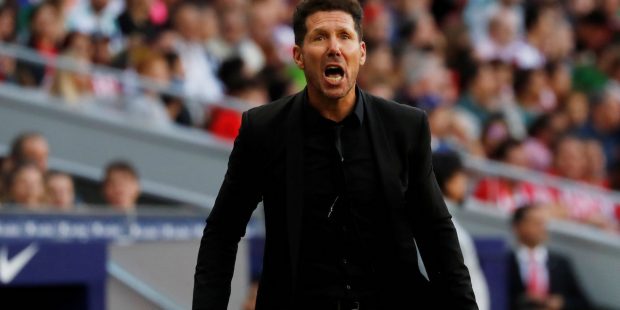 Wednesday’s column head to Madrid where Joao Felix is backed for a fast start in an Atletico victory over Granada.

Atletico Madrid managed a response to going out of the Champions League by grabbing a 100th minute winner at the weekend to strengthen their top four chances.

Diego Simeone’s side had a man sent off when beating Espanyol 2-1 and things got even better for them when Sevilla and Barcelona lost and Real Betis and Real Sociedad both drew.

There’s still just five points from second to sixth so this race for Champions League places will go down to the wire, but Atletico can get their noses in front with a win over struggling Granada.

It’s seven wins from eight for Atletico in the league and against Granada they’ve won eight straight games in Madrid.

Their opponents won the reverse fixture in December, but since then they’ve lost nine of the last 12 to sit just outside the relegation zone only on goal difference.

So we’ll start Wednesday’s bet here with a home win as huge 1.330/100 favourites but rightly so.

And there’s every chance of goals here too, with no team in La Liga having more games contain over 2.5 goals than Atletico, and with Granada conceding an average of 2.78 goals across their last nine defeats.

Finally, we like a player prop in these daily Bet Builder bets and Atletico striker Joao Felix is a man who loves to find the net early, and is due a goal.

Felix has gone four games without a goal now but opened the scoring in the reverse fixture with Granada after just two minutes, and that’s been a theme for him all season.

The Portuguese star has been first goalscorer six times in total – including against Granada, so he’s worth taking at 4.216/5 to open the scoring at the Wanda Metropolitano.