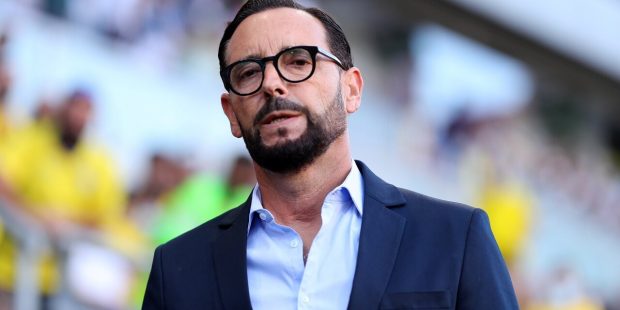 Valencia are the most booked side in La Liga and our Saturday props column is focused on them continuing that form at Getafe.

When you do a daily football column then often the weekends aren’t your friend, as there’s just too much choice, too many games and too many betting angles to try and look at – but sometimes a golden fixture falls into your lap.

It’s only through doing daily bets every other week that you’d know at first glance that Getafe v Valencia in La Liga just screams bookings.

Valencia top the naughty list in Spain’s top flight with an even 100 yellow cards this season from 27 games, and who is sitting in second place? Yep, you guessed it, none other than Getafe!

Only Mallorca, with six, can beat the five red cards that both of these sides have been handed this season as well.

Let’s hope referee Guillermo Cuadra Fernandez has a spare pencil with him as he may need it. He’s only done eight La Liga games this season but has dished out 40 yellows and two reds in them.

One of those reds was given to Getafe’s Carles Alena in the only game referee Fernandez has officiated this season involving either of these two sides.

He blew up for 15 fouls against Getafe and handed out four bookings along with the red, as well as five for Atletico Madrid to make it nine for the match and a sending off.

This referee should have fun in his first game against a Valencia side averaging over 17 fouls a game and almost four bookings a match. Valencia also lead the league in bookings received by their opponent too just for good measure.

Obviously the bookies have this data too, so you’re looking at backing eight cards in the match just to get odds against.

Instead, we’ll focus on visiting Valencia and back them to get five cards here in this crucial game – something they’ve managed in five of their last eight away games in La Liga.