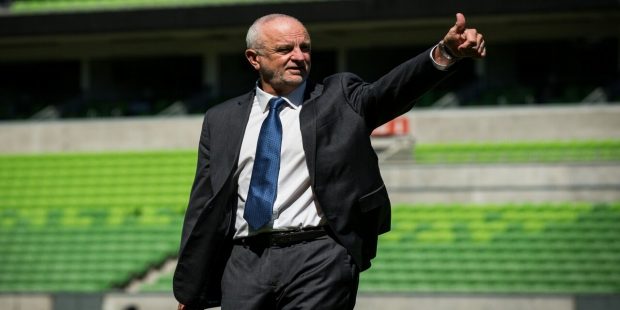 There are some vital World Cup qualifiers coming up in Asia, and we’ve asked Kevin Hatchard to take a look at all six of Thursday’s clashes.

Australia have work to do to qualify for the World Cup, as they are currently outside the top two, lagging behind Japan and the group leaders Saudi Arabia. Failure to beat Vietnam in Melbourne would represent a hammer blow. Coach Graham Arnold will miss the game, as he is isolating after a positive COVID-19 test, so assistant Rene Meulensteen (formerly of Manchester United) will step up.

Vietnam are rock bottom of the group, having lost all six of their qualifiers, but they can be stubborn opponents, and have only leaked 12 goals in their six matches. Australia have won all but one of their home qualifiers (a goalless stalemate with Saudi Arabia was the exception), so they should win here, but I’ll use the Bet Builder to double up an Aussie win with an Under 3.5 Goals bet at 1.768/11. Vietnam only lost 1-0 to Japan and Saudi Arabia, and they may take a while to be broken down.

Japan are on course to qualify for the World Cup finals, but with Australia breathing down their necks, they aren’t home and hosed with four qualifiers still to play. The Blue Samurai have largely been effective at home, but a 1-0 home defeat to Oman could prove costly in the final analysis. Indeed. Hajime Moriyasu’s side has only kept one clean sheet at home throughout the qualifying campaign, even conceding goals against Tajikistan and Kyrgyz Republic.

China scored twice in defeat at Saudi Arabia, and they have scored at least once in their last four qualifiers, including a 1-1 draw last time out. BTTS is an attractive 2.486/4, so I’ll plump for that, as I believe the Chinese can strike at least once against a Japanese defence that’s prone to the odd lapse in concentration.

South Korea to close in on glory

South Korea and Iran are cruising towards qualification in their section, and a win over Lebanon might even see South Korea book a place in Qatar with three matches to spare. The Tigers of Asia have won four and drawn two of their six matches, conceding just two goals in the process. Friendly wins over Iceland (5-1) and Moldova (4-0) in January showed what the team is capable of.

Lebanon haven’t given up hope of finishing third and making the inter-continental playoffs, but they have only won one of their six games so far. The Cedars have registered just four goals so far, and they lost 1-0 in Suwon in the reverse fixture. I’ll back a similar outcome here by backing South Korea to win and Under 3.5 Goals at 1.865/6.

Iran to flex their muscles

A clash between geopolitical rivals Iran and Iraq will always draw attention, but in football terms this is something of a mismatch. Iran are top of their group, unbeaten and on track to reach Qatar, while Iraq are yet to win in this section. Indeed, a win for Iran will guarantee qualification, and to do that against Iraq would doubtless be sweet.

Iraq are without star forward Sardar Azmoun, after he contracted COVID-19, but Porto striker Mehdi Taremi is an excellent replacement. Coach Dragan Skocic has plenty of talent at his disposal, and a repeat of Iran’s 3-0 win in the reverse fixture wouldn’t be a big surprise. Iraq haven’t won a competitive game since June, and they should be outclassed here, so I’ll back Iran -1 on the Sportsbook’s Handicap at 2.35/4.

Bert van Marwijk knows a lot about World Cup football. He led the Netherlands to the final in South Africa in 2010, pushing Spain to extra time before falling short. The Dutch coach also qualified for the 2018 World Cup finals with Saudi Arabia, and coached Australia at the tournament itself (he left the Saudis after a contract row). Now he is trying to take the UAE to Qatar, and he hasn’t given up hope of nailing down third spot in the group.

UAE have been unconvincing at times, but they are a tempting proposition at evens to beat rock bottom Syria. UAE beat them 2-1 at the Arab Cup in November, and drew 1-1 in Syria in the reverse qualifier. Syria have lost three of their last four qualifiers on the road, and I think they’ll suffer another loss here.

A joyful game in Jeddah

Saudi Arabia are leading the way in a group that includes Australia and Japan, and Herve Renard’s side has taken many by surprise. They have won five of their six matches, conceding just three goals along the way. Striker Saleh El Shehri has been outstanding, netting critical goals against Vietnam twice and against Oman.

Oman played well at the recent Arab Cup, reaching the quarter-finals before going down 2-1 against Tunisia. Ten of their last 16 games have featured three goals or more, and given that an Over 2.5 Goals bet had landed in five of Saudi Arabia’s six home qualifiers, that’s the route I’m taking at odds-against.