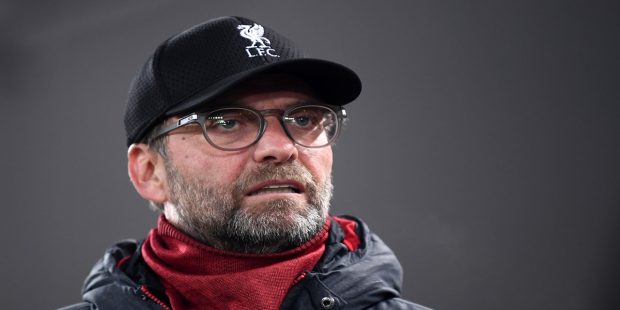 “The Reds’ form was underlined by the fact that Jurgen Klopp was able to rotate his starting line-up for the visit to Benfica in midweek, and still come back with a 3-1 win.”

Liverpool’s incredible consistency has kept them in the Premier League title race and on Sunday they have the chance to overtake Manchester City and go top.

It would be wrong to say that City have lost form. Since January, they’ve dropped only seven points, with one defeat and two draws. The problem is that Liverpool have put together a string of ten victories, which has enabled them to close the gap.

The Reds’ form was underlined by the fact that Jurgen Klopp was able to rotate his starting line-up for the visit to Benfica in midweek, and still come back with a 3-1 win. This will be a fascinating clash, but Liverpool are at their peak right now and that could be just enough to give them a crucial edge.

There’s a high-class card at The Curragh on Sunday, which includes this fascinating Group Three contest for middle-distance horses.

Aidan O’Brien has saddled the winner of three of the last four winners of this race, but his 2022 entry, High Definition, has questions to answer here after a string of disappointing performances as a three-year-old.

Gear Up fits a similar profile, even though he might be better suited by this drop back to ten furlongs, so it could be worth taking a chance on Jason The Militant. Rated 157 over hurdles, he’s won both his flat outings so far and should be suited by conditions.

Crystal Palace pulled off an impressive 3-0 win over Arsenal last time out and they can continue their strong end-of-season form against Leicester this weekend.

Palace are now undefeated in five games, and have moved into the top ten. They also have an FA Cup semi-final to look forward to so this is shaping up to be a thoroughly successful season for Patrick Vieira.

The same cannot be said for Leicester, who are still in the bottom half of the Premier League, and face a tough task to progress in the Europa Conference League. The second leg of their quarter-final against Eindhoven is in four days time and with a long injury list to contend with, the Foxes are not likely to be at their best here.

Total Odds for this multiple: 75/1. Remember, multiple prices are based on our Sportsbook product, so any winnings are exempt from commission.