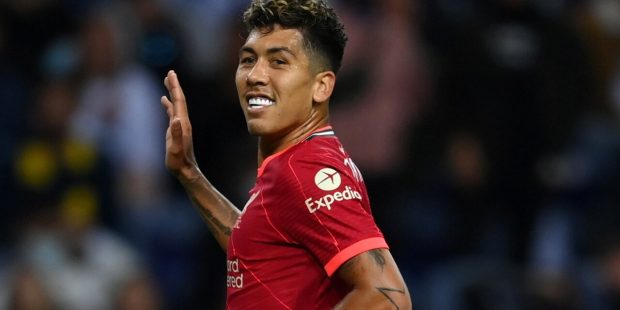 It’s a 15/2 Daily Acca for Paul Robinson tonight and it starts with the Carabao Cup tie at the Emirates. Here are his selections:

Liverpool to book their place at Wembley

The Reds had an over an hour against the 10 men of Arsenal in the first leg of this Carabao Cup tie, but they couldn’t break them down and it finished 0-0.

Jurgen Klopp’s side returned to form against Brentford on Sunday though, beating them 3-0, with confidence boosting goals for Alex Oxlade-Chamberlain and Takumi Minamino.

Arsenal had their match with Spurs called off due to covid, so they probably won’t be at full strength tonight, and they have now gone three games without a win.

No upset in Rome

This is a last 16 Coppa Italia tie and even though Roma aren’t performing to expectations, they are up against Serie B opposition here, and they should be able to win with the minimum of fuss.

Jose Mourinho’s men have won four of their last seven at home in all competitions, and all four of those victories were to nil. They were beaten by Inter and Juventus during that run, but they don’t face that level of opponent here.

Lecce are doing well in the second tier, and with just two defeats all season, they are up in fifth place. Mourinho could do with a trophy though, given his diminishing reputation, and this is his best chance of one this year.

Spanish duo to find the net

These two teams are back from the Spanish Super Cup in Saudi Arabia, and I am expecting both of them to find the net in this Copa del Rey last 16 tie.

The hosts saw their run of four defeats come to an end against Real Madrid last time, and they now need to focus on pushing for a European place next season.

Barcelona are in transition under Xavi, as he attempts to get them back to the side they were when he was a player. Their results are still mixed, but they did take Real to extra time in the Super Cup last time.

When these two last met in August, both teams scored, and we can expect the same again here.